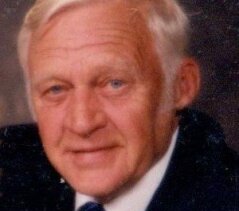 Obituary of Alvin Walter Gagnon, Sr Atlantic Mine/Onnela Location Alvin Walter Gagnon Sr., 93, a resident of Atlantic Mine/Onnela Location,passed away Thursday March 22, 2018 at his daughter Paulines home in Rapid River, MI. He was born on January 15, 1925, a son of the late Walter Gagnon and the late Jennie L. Vaataja.He married the former June L. Papke, his high school sweetheart, on August 10, 1944. In his mothers words, As a young boy he was very ambitious, he delivered the morning paper, peddled the evening gazette, ran errands for the neighbors, age of ten he did my grocery shopping, he had blonde hair, they called him cotton top.Clerks in the store would tell me what a good shopper he was. Everybody liked him, they used to say he sure dont let the grass grow under his feet.He was a good baby sitter also.His step father Bill thought the world of him.I think everyone in town knew the blond hair Gagnon boy.At 16, Alvin was the Chauffeur driver for the Rice family who used to own the Daily Mining Gazette. At 18, Alvin joined the Army during World War II and served in the Pacific Theater with the 24th infantry division, 2nd battalion, 19thregiment, in New Guinea, Philippines and Japan attaining rank of Sgt.He received the American Theater Ribbon, Asiatic-Pacific Theater Ribbon, Philippine Liberation Ribbon, Good Conduct Medal, and the Bronze Arrowhead, combat infantry badge, Atlantic-Pacific ribbon, two overseas service bars,… and other medals. He was a life member of VFW Post #6165 of South Range and a member of Alfred Erickson Post #186 American Legion of Hancock. He worked at several different businesses such as Gambles, OK Auto and NAPA Auto Parts, until he was employed at Herman Gundlach Inc. Until he retired.After moving his family several times, he settled them in a country home in Atlantic Mine. He loved spending time with his large family. They made several cross-country trips as a family including going out west and the trip around Lake Superior.As a family they went on a lot of outings picnicking, going to the beach and fishing.Many times, he would just get home from work and pack up the family and head out for a fun evening.Alvin also enjoyed hunting, fishing and camping with his sons.He also shared the passion of gardening with his wife. When his lifes partner Junes health was failing, he tirelessly took care of her for the last 13 years of her life. They didnt want to leave each others side.Doctors and nurses would comment on what good care he took of her.They celebrated 70 years of marriage. Alvin was loved and highly respected by many. He loved to make people smile by using hisquick-witted humor.He enjoyed going for coffee in the morning and meeting friends or making new ones. Al was still very active, driving and working on projects rightuptilllast summer at 92. He was a member of the Seventh-day Adventist Church. Alvin is survived by his children, Alvin Jr. of Atlantic Mine, John of Boston Location, Jerry (Karen) of Atlantic Mine, Susan (Bruce) Ives of Gladstone, Daniel Joe of Hancock, MaryBatchelorof Madison, TN, Pauline Brown of Rapid River, Aaron of Atlantic Mine, Philip of Lake Linden, 39 grandchildren 65 great grandchildren and 3 Great great grandchildren, 9 step-children, brothers William (Aili) Dunstan of Houghton and Edward Gagnon of Minnesota, sisters Charlene LaPierre of Montana and Jean Juntikka of Chassell. Besides his parents, Alvin was preceded in death by his beloved wife, June, daughters Barbara and Charlotte, son James, sons-in-law Ronald Brown and Richard Batchelor, brother Robert Dunstan and sister Mildred Salo. Funeral services will be held at the Houghton Seventh-day Adventist Church Sunday April 15, 2018, at 1:00 pm with viewing from 11:00 am until 1:00 pm. A potluck meal will follow at the American Legion Building in Hancock. A graveside memorial service with Military Honors will be held later this spring in the Liminga Cemetery. To view Alvins obituary or to send condolences to the family please visitwww.plowefuneralhome.com The Memorial Chapel & Plowe Funeral Homes of Houghton have been assisting the family with the arrangements To send flowers to the family of Alvin Gagnon, Sr, please visit Tribute Store
To order memorial trees or send flowers to the family in memory of Alvin Gagnon, please visit our flower store.