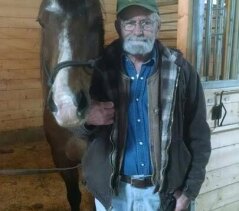 Obituary of Brian Edward Bixley Alston Brian E. Bixley of Alston left this world to cross over to the next to be reunited with his beloved late wife Lorraine (Wanhala) Bixley on Saturday, April 15, 2017 due to injuries sustained as a result of a tragic motorcycle accident on Friday evening. Lorraine preceded him in death on October 14, 2015. Brian was born to George Victor Bixley and Dorothy Stella (Carroll) Bixley on August 27, 1947 in Montreal, Quebec, Canada. Brian is survived by his daughter Jennifer of Cambridge, Minnesota, sister Christina (Eric) Sinden of Toronto, Canada and sister Caroline (Andre) Brodeur of Montreal, Canada; 2 nieces, 2 nephews, 7 great-nieces and 4 great-nephews. Also, left behind to mourn his loss are his special childhood friends Brian Axani and Judy Crosland plus many area friends. Surviving are Lorraine's grandchildren Rachel (Paul) Durham, Heather (Brad) Kercheval, Leah (Aaron) Powers, Nathan Harvey, Jared Harvey, Raj Kaati, Alyna Kaati and great-grandson Dylan Durham. After growing up in Montreal, Brian joined the Canadian Armed Forces. Eventually he emigrated to the United States and resided in Minnesota where he eventually married and had his daughter Jennifer. A few years after he divorced, he met the love of his life, Lorraine (Lori) who decided she wanted him for herself! She was the best friend he ever had. They married in 2006 at their home in Alston. Brian had a hard time being around a lot of people, and was not an easy man to get to know, but he was loved for his big heart, honesty, sense of humor, ready smile, willingness to help others and especially for his hugs! He could truly make things out of nothing, and enjoyed tinkering so if he couldn't fix it, you might as well throw it away! When he bought something new, what he really meant was it was from 1950 something. He was a short-wave radio enthusiast, spoke fluent French, and fell in love with the sounds of his Bodhran drum. Brian was pretty handy and was the lead supervisor for his pet project, the restoration of The Celtic House, (the historic Pewabic House) in Hancock. He proudly played the tenor drum for Superior Pipes & Drums. He loved fishing, kayaking, biking and was planning to buy himself another big touring motorcycle. Last summer he got himself a Fifth Wheel and was finally planning to visit family and friends in Canada. He especially loved spending time with his horse, Rocky and his dog and constant companion, Shar. He loved family and was a devoted dad to his daughter Jennifer. To his friends, he was their big 'brother' and 'uncle'. His favorite quote reflects who he was in his heart 'Constantly in search of the old ways .... though sometimes I wonder why'. Brian, you will be completely missed and leave a void in our lives. Family and Friends will gather at the Memorial Chapel Funeral Home of Hancock at 10 a.m. on Saturday, May 13, 2017 to say farewell to Brian. A memorial service with Paster DJ Rassner will follow at 11 a.m. A luncheon and toast will be provided at noon at Brian's favorite meeting spot in Hancock, the Copper Island Beach Club. Interment will be at 3 p.m. at the Elo Cemetery in Elo. In lieu of flowers, donations to The Celtic Quarter for the Celtic House restoration project will be appreciated. The Celtic Quarter P.O. Box 205, Hancock, MI 49930. To view Brian's obituary or to send condolences to the family please visit www.memorialchapel.net. The Memorial Chapel & Plowe Funeral Homes of Hancock has been assisting the family with the arrangements.Service Information To send flowers to the family of Brian Bixley, please visit Tribute Store
To order memorial trees or send flowers to the family in memory of Brian Bixley, please visit our flower store.