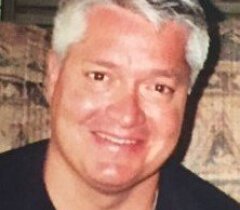 Obituary of Charles Patrick Mitchell Hancock Chuck P. Mitchell, 52, a resident of Hancock passed away unexpectedly, Wednesday October 11, 2017, at his home. He was born on January 10, 1965, in Detroit, MI, a son of Gladys (Hiltunen) Mitchell and the late Robert Mitchell. As a child, he moved with his family to Hancock. Chuck was a graduate of the Hancock High School with the class of 1983. He then attended Vermilion College and University Wisconsin Superior. Mr. Mitchell had worked as a sales person in sporting goods for most of his lifetime. He started as a young man at Weber's Sporting Goods. He worked for Christian Brothers Hockey Stick's for a time and then worked for Sharper Edge Sporting Goods and Dunham's Sporting Goods, locally. He also worked for Nordic Contracting for a short time. Chuck was a gifted athlete, known locally for playing hockey and baseball. As a senior in high school, he was named MVP of the Lake Superior Hockey Conference and later in life was able to help the Portage Lake Pioneers win the Gibson Cup. He was an avid Detroit Tigers, Detroit Red Wings and Michigan Wolverines fan. He enjoyed spending time with his loving family and friends. Chuck was a kind and gentle person that was well like by all that had a chance to meet him and will be sadly missed. Preceding him in death was his father in 1969. Surviving are: His mother Gladys Mitchell of Hancock His brothers and sisters: Glenn Mitchell of Hancock Michael (Dolly) Mitchell of Rhinelander, WI Dawn Mitchell of Hancock Patty (John) Forbis of Ponte Vedra, FL His nephews and niece: Christopher (Sara), Dustin, Zach, Trenton, Ryan (Joanna), Kyle (Ashley) and Whitney Several aunts, uncles and cousins. Services for Chuck will be held 7 pm Monday October 16, 2017, at the Memorial Chapel Funeral Home of Hancock with Pastor Rodney Johnson to officiate. Friends may call on Monday October 16, 2017, from 5 to 7 pm at the Memorial Chapel Funeral Home of Hancock. To view Chuck's obituary or to send condolences to the family please visit www.memorialchapel.net. The Memorial Chapel & Plowe Funeral Homes of Hancock are assisting the family with the arrangements.Service Information To send flowers to the family of Charles Mitchell, please visit Tribute Store
To order memorial trees or send flowers to the family in memory of Charles "Chuck" Mitchell, please visit our flower store.