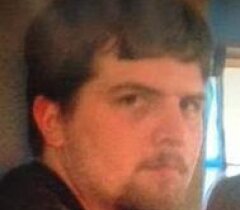 Obituary of Chetwood Andrew Van Aken Chassell Chetwood A. Van Aken, 28, a resident of Chassell, passed awayunexpectedly at his home Sunday August 28, 2016. He was born on August 15, 1988, in Sandusky, OH, a son of Chetwood C.and Lorelie (Thee) Van Aken. Chet was raised in Ohio, Wyoming, California, and Quincy, Illinois, before moving with his family to the Copper Country. He was a Star Scout with the BSA in Illlinois and was a graduate of Houghton H.S. with the class of 2007. He graduated from Michigan Technological University in 2012 with a BS degree in Environmental Science and Ecology. He was the proud father of Arvid Anderson and continued to reside in the area to be a part of his life. Chet had worked part-time locally in order to stay in the area to be involved with his son. He enjoyed skiing, fishing and hunting for copper. His main concern was spending time with Arvid. Preceding him in death were his grandfather Chetwood G. Van Aken his half-sister and half-brother Brooke Alison and Chetwood Kenton Van Aken and thier mother Barbara Ruthe Van Aken (Enger). Surviving are: His son: Arvid Anderson of Houghton His parents: Chetwood C. and Lorelie Van Aken of Collinsville, MS His sister: Wendy Van Aken of Collinsville, MS His maternal grandparents: Ted & Marilyn Thee of Vista, CA His paternal grandmother: Julia Van Aken of San Antonio, TX Several aunts, uncles and cousins. A memorial service for Chet will be held 11 am Monday September 12,2016, at the Memorial Chapel Funeral Home of Hancock with Rev. Scott Lindenberg to officiate. Friends may call on Monday September 12, 2016, from 10 am until time of services at the Memorial Chapel Funeral Home of Hancock. To view Chets obituary or to send condolences to the family pleasevisit.www.memorialchapel.net. The Memorial Chapel & Plowe Funeral Homes of Hancock have been assisting the family with the arrangements. To send flowers to the family of Chetwood Van Aken, please visit Tribute Store
To order memorial trees or send flowers to the family in memory of Chetwood Van Aken, please visit our flower store.