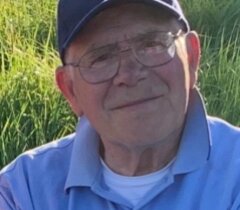 Obituary of Don Daavettila Houghton Donald Axel Daavettila, 84, of Houghton, passed away Wednesday, July 31 at Marquette General Hospital. He was born in Waukegan, Illinois on November 18, 1934, to Hugo & Vera Daavettila. He was raised in Zion and graduated from Zion-Benton high school. He received his BS in Engineering Physics from Michigan Tech and worked on his thesis at Argon National Laboratory, earning his masters degree in nuclear physics from Michigan Tech in 1959. In the fall of 1959, he moved to Detroit and spent the school year teaching Chemistry at Cranbrook. In the summer of 1960, he returned to Argon as an instructor in the nuclear program. In January 1964 he went to work at the Enrico Fermi reactor in Monroe, Michigan. In fall of 1964, he got a call from Michigan Tech to work on developing a nuclear program there and moved to Houghton. He worked the next 40 years at Michigan Tech primarily in physics, focusing on the nuclear program. He married Charlotte Lassila on September 13, 1958. They had 7 children. He enjoyed family, friends and get-togethers of all sorts. He thoroughly enjoyed sports and getting people together. There were many boot hockey games at his house. He loved baseball so much he organized games for all ages. He was a member of the First Apostolic Lutheran Church of Houghton. He served as the timekeeper for Michigan Tech hockey for 40 years. He was proceeded in death by his parents, wife Charlotte and daughter Mary Susan, brothers Paul & Carl, sisters Virginia, Carol and Dorothy, He is survived by his daughter Nancy (David) Kiilunen of Brighton, son William (Lynette) of Howell, Dorothy (Jay) Ruohonen of Atlantic Mine, Sally (Jeff) Lewis of Delano, MN, Carl (Sita) of Jackson, WY, Laura (Guy) Hembroff of Atlantic Mine. His sisters Helen Pietila, Ruth Davison, Susan Wittenberg, sister in law Mary Jean, brother in law Leonard Stang, 35 grandchildren and 37 great-grandchildren. Visitation and funeral will take place at the First Apostolic Lutheran Church, Sharon Avenue, Houghton Michigan 49931. Visitation will be held on Friday, August 2, from 4-8 pm. Funeral service will be held on Saturday, August 3rdat 11 am. Friends may also call 1 hour prior to the funeral. To view Dons obituary or to send condolences to the family please visitwww.memorialchapel.net. The Memorial Chapel & Plowe Funeral Homes of Hancock have been assisting the family. To send flowers to the family of Don Daavettila, please visit Tribute Store
To order memorial trees or send flowers to the family in memory of Donald Daavettila, please visit our flower store.