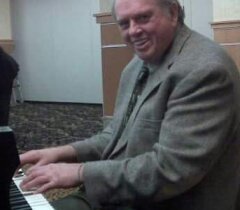 Obituary of Donald Albert Peryam Hancock Donald A. Peryam, 67, a lifetime resident of Hancock passed away on August 29th peacefully at home with his family by his side. He was born on May 18th, 1948 in Hancock Michigan, the son of John and Betty (Sullivan) Peryam. Don was a graduate of Hancock High School in 1966 where he then went on to become a student at Suomi (Finlandia University). He also attended Northern Michigan University in 1968 where he entered in the Culinary Arts program. Don started cooking for his family at age nine. His professional career started in the eleventh grade where he was a cook at Swanks Restaurant (Currently Fitzgeralds) in Eagle River, Mcgintys, The Coral Inn, Hancock School System, Michigan Technological University, The House of Ludington, and then ended up at Suomi College as the Food Service Director where he enjoyed many years of employment and friendships. Don next went on to become the Food Service Production Manager at Portage Health Systems in Hancock. As many know, Don was very proud of his successful catering business. Don was a servant to his community. With his gracious, giving soul he put every ounce of energy, smiles, and laughs, in helping others and appreciated the opportunities to do so. Through his days of helping, he earned many awards he was proud of. However Don never did his work for those reasons; it was all about giving. Some of the awards are as follows; The Presidents Distinguished Service Award from Finlandia University, Citizen of the year for his contribution to the community and Salvation army from the Salvation Army, The Paul Harris Fellow Award through the rotary Foundation of Rotary International, Honorary Deputy Sheriff of Monroe County, Florida. He also received a Professional Service Award to Your Community from Portage Health. As all knew, Don took great pride in making others smile, laugh, and enjoyed great food with great company on a daily basis. He helped different organizations as much as he could. He did benefits for places such as The Omega House of Houghton, The Beacon House of Marquette, Baycliff Health Camp, Finlandia University mens Basketball program, The Salvation Army, Gloria Dei Lutheran Church, and was also involved and started a few charitable groups such as the Sanders Club, and The Perennial Club. These groups were started to improve our community one small project at a time. He was also very proud of the sweater drive he led, where he collected and distributed over six hundred sweaters to local nursing homes and people in need. Don was preceded in death by his father John W. Peryam, mother Betty (Peryam) White, Brothers Ronald Paul Peryam and Jack Peryam and also stepfather Art White. He will be greatly missed by all who knew him, especially his wife of forty three years Pamela (Karvonen) Peryam, brother Bob (Cindy) Peryam of Jacksonville, Florida, children Ron (Sarah) Peryam of Hancock, Michelle Wallner of Hancock; Grandchildren Jared, Aiden, Kaylin, Greyson and Camden; Numerous nieces, nephews, and cousins. He was honored to have so many close friends along the way to share and make memories with. He loved you all Funeral Services for Don will be held 11 am Friday September 4, 2015, at the Gloria Dei Lutheran Church of Hancock with Rev. DJ Rasner to officiate. Friends may call on Thursday September 3, 2015, from 5 to 8 pm at the Memorial Chapel Funeral Home of Hancock and on Friday from 10 am until time of services at the church. To view Dons obituary r to send condolences to the family please visit www.memorialchapel.net. The Memorial Chapel & Plowe Funeral Homes have been assisting the family with the arrangements. To send flowers to the family of Donald Peryam, please visit Tribute Store
To order memorial trees or send flowers to the family in memory of Donald Peryam, please visit our flower store.