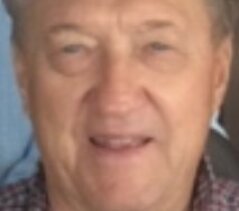 Donald Marvin Petrelius “Donny”, 80 of Houghton, passed away peacefully with his family by
his side on Sunday, July 31, 2022, at the Çanal-View Houghton Çounty nursing home. Don was
born January 10, 1942, in Tapiola, Michigan to the late Victor and Anna Petrelius (Plough). He
graduated from John A. Doelle High School in 1960 and joined the US Army in September of
that year where he successfully completed training as a Heavy Equipment Operator in Fort
Leonard Wood, Missouri. Don married his high school sweetheart, Carol Keippela, of Elo
Michigan on Dec 29, 1960, and soon after received orders to serve the US Army, at Camp
Humphreys in Pyongtaek, Korea working in the Air Defense Radar Operations. Upon his
honorable discharge, Don returned to the Upper Peninsula and he and Carol started their
family. Don worked for Mattila Construction and Herman Gundlach until 1980 when the family
moved to West Palm Beach, Florida where He worked as a skilled equipment operator for Wolf,
Anthony and Maxim Crane companies.

Don became afflicted with ALS and this forced his retirement in 2004. He and Carol then
moved to York, SC where he received medical attention in Charlotte, NC at the MDA clinic. In
2010 they moved back to the Upper Peninsula.

Don bravely battled ALS for 20 years with his wife Carol being his faithful advocate during this
illness.

He was an avid sportsman and enjoyed hunting and fishing and was a fan of Nascar. He was a
member of Doelle Senior center and a member of the 324 International Union of Operating
Engineers.

Don had a strong faith in his Lord and Savior Jesus Christ and was a faithful member of the
Tapiola, Lake Worth and the Range Apostolic Lutheran Churches.

Funeral services will be held on Friday, August 5, 2022, at the Range Apostolic Lutheran Church in
South Range, MI, with Pastors Çaleb Aho and Chuck Bylkas officiating. Calling hours will be
10:00 a.m.-12:00 p.m. and Funeral service at 12 pm. Burial will take place after in the Elo
Cemetery, Elo, MI.

To view Don's obituary or to send condolences to the family please visit www.memorialchapel.net.

The Memorial Chapel Funeral & Cremation Service Hancock Chapel has been assisting the family with the arrangements.
To order memorial trees or send flowers to the family in memory of Donald Petrelius, please visit our flower store.