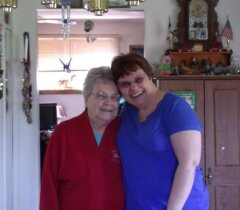 Obituary of Estella Helen Peterson Houghton Canal Estella H. Peterson, 86, a resident of the Houghton Canal, passed away Wednesday morning October 21, 2015, at home following a short illness. She was born on March 6, 1929, in Calumet, a daughter of the late August and Hilja (Halonen) Kotila. Estella was raised in Calumet, Hancock, and Pewabic. She had attended the Pewabic and Hancock Schools and later graduated from the Houghton High School with the class of 1973. On July 12, 1947, she was united in marriage to Hubert Peterson. The couple had resided in Chicago before making their home on the Houghton Canal. On October 22, 2001, Hubert preceded Estella in death. Mrs. Peterson was a member of Zion Lutheran Church. She was a life member of the Ranger Post #6165 VFW Auxiliary of South Range, Alfred Erickson Post #186 American Legion Auxiliary of Hancock and she also was a past president of F.O.E. Aerie #1122 of South Range. Estella was also active with the Stanton Senior Citizens and had helped work the Election Board in Stanton Township for 40 years. Preceding her in death were her husband, her son Robert, her parents and her four brothers. Surviving are: Her children: Linda (Glenn) Ekdahl of Paavola David (Betty) Peterson of Portage Township Donna Peterson of Sheboygan, WI 6 grandchildren and 6 great grandchildren A memorial service for Estella will be held 2 pm Saturday October 24, 2015, at the Memorial Chapel Funeral Home of Hancock with Pastor Jessie Aho to officiate. Burial will be in the Lakeside Cemetery of Hancock. Friends may call on Saturday October 24, 2015, from 1 pm until time of services at the Memorial Chapel Funeral Home of Hancock. To view Estellas obituary or to send condolences to the family please visit www.memorialchapel.net. The Memorial Chapel & Plowe Funeral Homes have been assisting the family with the arrangements. To send flowers to the family of Estella Peterson, please visit Tribute Store
To order memorial trees or send flowers to the family in memory of Estella Peterson, please visit our flower store.