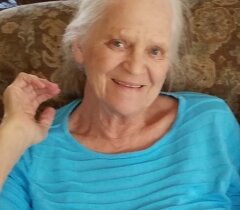 Chassell, MI Esther S. (Richard) Hietala, 79, a resident of Chassell unexpectedly passed away Wednesday, December 25, 2019, at the UP- Health System Marquette Hospital with her family by her side. She was born on May 24, 1940, in Hancock, MI, a daughter of the late Eino and Hilda (Anderson) Riutta. Esther was raised in Superior Location and Hancock where she was a graduate of the Hancock High School with the class of 1958. Esther had worked in the food service department at St. Josephs Hospital in Hancock before moving to make her home in the Detroit area. On August 9, 1969, she was united in marriage to Richard Hietala. The couple had resided in Redford and Walled Lake, MI where they raised their family. Esther had worked in and retired from the Walled Lake School District Food Service where she was the kitchen manager of the Clifford Smart Middle School and also managed the kitchen for the Detroit Tennis and Squash Club during that time. Esther was very dedicated to the jobs she held. Since 2005, the couple has made their home in Chassell during their retirement. Esther was very strong in her faith and was a member of the Old Apostolic Lutheran Church of Hancock. She loved to spend time with her family and especially being with and watching her grandchildren grow. Her grandchildren were the Sunshine and center of her life. She loved them dearly and she will be greatly missed. Preceding her in death were her first grandchild Grace Elizabeth Hietala; her parents, her brothers Wilbur, Raymond, Richard, Robert and Russell and her sisters: Verna Johnson, Mildred Huhta, Alyce Jestila, and Violet Tuomi and many extended family members. Surviving are: Her Beloved Husband of 50 Years: Richard Hietala of Chassell Her Loving Children: Heidi Lyn Hietala of Chassell and Steven (Lindsay) Hietala of Chassell. Her Precious Grandchildren: Saige, Evah, Abbigail, Kierah, Isabellah, Colton, and Carter Her Dear Sister: Lillian Hermanson of Atlantic Mine Longtime Special Family Friend: DeAnn (James) Allen of White Lake, MI and Their two children Percy and Mair Eva. Also many special nieces, nephews and extended family members, in addition her two little loyal companions Gigi and Cici. Funeral services for Esther will be held 11 am Monday, December 30, 2019, at the Old Apostolic Lutheran Church of Hancock with Douglas Wuebben to officiate. Spring burial will be in the Oskar Cemetery. Family and Friends may call on Sunday, December 29, 2019, from 3 to 6 pm at the Memorial Chapel Funeral Home of Chassell and on Monday from 10 am until time of services at the Old Apostolic Lutheran Church of Hancock. To view Esthers obituary or to send condolences to the family please visit www.memorialchapel.net. The Memorial Chapel and Plowe Funeral Homes of Chassell are assisting the family with the arrangements.
To order memorial trees or send flowers to the family in memory of Esther Hietala (Riutta), please visit our flower store.