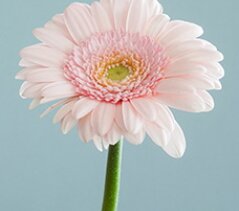 Atlantic Mine Esther K. Rhodes, 79, a resident of Atlantic Mine passed away Monday, January 31, 2022, at her sister's home in Atlantic Mine following a short illness. She was born on January 14, 1943, in Laurium, MI, a daughter of the late John and Sarah (Wittaniemi) Maki. Esther was raised in Jacobsville and was a graduate of the Lake Linden High School with the class of 1961. She then graduated from Highland Park Nursing School. Esther was a veteran having served with the United States Army. She then worked in the Detroit area and St. Louis area as a Registered Nurse retiring at the age of 65. In retirement, Ms. Rhodes began a career as a massage Therapist working part-time until moving to make her home in Atlantic Mine. Ms. Rhodes was a member of the Old Apostolic Lutheran Church of Hancock. She enjoyed walking for exercise. Surviving are: Her sisters & brother: Betty Ahonen of Atlantic Mine, MI Edward Maki of Hancock Eva Bayles of Humbolt, MI Numerous nieces, nephews and cousins Funeral Services for Esther will be held 11 am Friday, February 4, 2022, at the Old Apostolic Lutheran Church of Hancock with Ron Jouppe to officiate. Spring burial will be in the Jacobsville Cemetery. Friends may call on Friday, February 4, 2022, from 10 am until time of services at the Old Apostolic Lutheran Church of Hancock. To view Esthers Obituary or to send condolences to the family please visit www.memorialchapel.net. The Memorial Chapel Funeral & Cremations Service of Hancock has been assisting the family with the arrangements.
To order memorial trees or send flowers to the family in memory of Esther Rhodes, please visit our flower store.