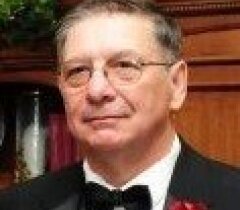 Obituary of Gary Worrall Chassell Gary Lee Worrall, 75, of Chassell, man of God & Barbs best friend & husband, died on Dec. 30 at UPHS-Marquette, where he was air-lifted after suffering a massive stroke on Dec. 22. He was born to Hazel (Epkey) & Richard Worrall in St. Johns on August 26, 1942. He graduated from Rodney B. Wilson High School in St. Johns where he was interested in science & played the saxophone. He graduated from Michigan Tech, where he played in the band, in 1965 with a degree in electrical engineering/power. A week later, on June 19, 1965, he married Barbara Luttinen, whom he met on a blind date the first week she was a student at Tech, at Holy Trinity Lutheran Church in Chassell. While at MTU he was confirmed in the Lutheran faith at Good Shepherd Lutheran Church. He was honored to be accepted into the Looper Management Training Group at Bethlehem Steel Corp. where he worked for 7 years in Buffalo, New York. The rest of his career was spent back in Michigan with Motor Wheel (later Hayes-Lemmerz), an auto parts supplier. As he rose through the ranks, he lived in Ypsilanti, St. Johns, & Howell and retired in 2006. In his work he traveled extensively to Japan, Kentucky, & Mexico. The Japanese management especially appreciated him because of his work ethic & the fact that he ate & enjoyed any ethnic food offered, even live shrimp! Through the years Gary was a giving man who served in numerous ways mainly in the churches he & Barb attended…church officer, Sunday School teacher & Supt., Bible student & teacher, elder, and anywhere asked. His intense hobby which he shared with son Mark in over 30 years of rail-fanning (trips to photograph) was railroad history & photography. He volunteered doing computer work for the Soo Railroad archives in Appleton, WI, and spent time there. Mary, his daughter, remembers her many hikes with Dad where he was always fast & ahead as she proudly caught up with him. He also loved classical music, reading, birding, cross-country skiing, & the beautiful Copper Co. he always wanted to return to and did in retirement. Through their 52 years of marriage, he & Barb enjoyed annual car or train trips in Canada & the northern U.S. To celebrate their 50thanniversary they traveled to Alaska via car, train & cruise ship. When retiring to the Copper Co. 10 years ago, Gary became an honorary Finn as he celebrated Bars heritage by building 4 kanteles (Finnish harps) and playing in the Ilon Kaiku Kantele Ensemble, serving as VP of the Finnish Theme Committee, & working on Heikinpaiva. If you tasted the beef stew there the past 2 years know that he was the chef. Bible studies were important to him through the years and he faithfully attended classes at the Inter-Lutheran Seminary in Hancock and also participated in the Mens Bible Study at Sts. Peter & Paul Lutheran Church in Houghton and in the North End Bible study group. Years ago he was trained as a Bethel Bible teacher. Gary followed in the footsteps of Barbs father & was currently the King Lion of the Chassell Lions Club & chaired the Copper Co. Strawberry Festival with the immense help of his fellow Lions. He said that Barbs father was the greatest man he ever had met. Gary also participated on the Chassell Heritage Organization board, the Chassell Lets Eat community meal committee, the Pine Mountain Music Festival as committee and headed the grounds maintenance at his church. He was humbled to serve as an elder at church and read aloud Scripture during the services. He might as well have been a member of the Portage Health Auxiliary (Among others of Barbs groups) for all the computer work he did for them as well as serving as Barbs legs. Gary is survived by his mother Hazel of St. Johns, Children Mary (Vince Leone) of East Lansing, and Mark (Tina) of Rockford, MI, and dearly loved grandchildren Cecelia, Taavi, Ellie, & Abby. Also surviving are his sisters Judy Hackett (Robert) & Linda Wilkie (Jim), brother Dennis (Rebecca), sister-in-law, Brenda and sister-in-law Mary Luttinen as well as numerous relatives & his beloved Copper Co. friends, including neighbors Jack & Bertha Rossberg & his Sts. Peter & Paul family, including Bea Sutinen whom he loved. He was pre-deceased by father Richard, parents-in-law Uno & Cecelia Luttinen, brother Doug, & brother-in-law Darrell Baker. One of Garys great joys was making Christmas cookies to share with family and friends. In recent years he & Barb made 20 varieties, his specialty being spritz cookies & he always made sure there were sugar cookies for the grand daughters to frost. Gary was a strong man of faith, a listener not a talker, had a great determination, dependability & integrity. He knew what he believed & stood firm in the faith. However, he could never remember names & Barb always teased him that he called her honey because he couldnt recall her name! Though Gary loved flowers & did extensive gardens at his home in Howell, we request no flowers. Donations may be made to Sts. Peter & Paul Lutheran Church in Houghton or to the Inter-Lutheran Seminary in Hancock. The family thanks the Chassell First Responders and the caring staffs at UPHS-Portage (ER) and Marquette (ICU) and were sustained in this difficult time by the prayers of people far & wide. Funeral services for Gary will be held 11 am Friday January 5, 2018, at Sts. Peter & Paul Lutheran Church of Houghton with Rev. David Weber to officiate. Spring burial will be in the Chassell Cemetery. Friends may call on Thursday January 4, 2018, from 6 to 8 pm at the Memorial Chapel Funeral Home of Hancock and on Friday from 9 am until time of services at Sts. Peter & Paul Lutheran Church of Houghton. To view Garys obituary or to send condolences to the family please visitwww.memorialchapel.net The Memorial Chapel & Plowe Funeral Homes of Hancock have been assisting the family with the arrangements. To send flowers to the family of Gary Worrall, please visit Tribute Store
To order memorial trees or send flowers to the family in memory of Gary Worrall, please visit our flower store.