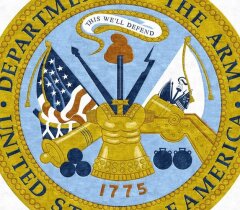 Obituary of George Marks Burich Hancock George M. Burich, 94, a resident of Hancock, passed away Wednesday, May 29, 2019 at the Lighthouse at Hancock following a lengthy illness. He was born April 24, 1925 in Dodgeville, the son of the late Frank and Pauline (Herlevich) Burich. He was raised in Dodgeville and attended local schools before enlisting in the US Army in 1943. George proudly served his country as a Combat Infantryman in Germany before being wounded by gunfire in World War 2. He received 2 Bronze Stars and a Purple Heart for his bravery. George was honorably discharge from the Army at Percy Jones Hospital Center in Fort Custer, Michigan in September of 1945. George continued to show his patriotism throughout his lifetime by raising and lowering the American flag at his residence each day. George returned to the area where he worked for Gundlach Construction and then in the Maintenance Department for the US Postal Service until his retirement. He was an avid Detroit Tigers fan and was a faithful member of the Church of the Resurrection in Hancock. On September 19, 1964, George married the former Lorraine Mayra. She preceded him in death in October 1998. Besides his wife and his parents, George was preceded in death by his siblings, Mathew, Steve, Frank, Francis, Mary, Anne and Pauline. He is survived by his sister-in-law Florence Burich of Dodgeville and many nieces, nephews and cousins. A Mass of Christian Burial will be held 10:00 am Saturday, June 1, 2019 at the Church of the Resurrection with Fr. William Ssozi to celebrate. Friends may call on Saturday, June 1, 2019 from 9:00 to 9:45am in the Mt. Carmel room at the church. Burial with Military Honors will be held Saturday June 1, 2019 at 1pm in the Forest Hill Cemetery in Houghton. The family would like to thank the staff at the Lighthouse at Hancock, the Aspirus Hospital Staff and the Church of Resurrection for the loving care they had given to George. To view Georges obituary or to send condolences to the family, please visit www.memorialchapel.net. The Memorial Chapel & Plowe Funeral Home of Houghton has been assisting the family with the arrangements. To send flowers to the family of George Burich, please visit Tribute Store
To order memorial trees or send flowers to the family in memory of George Burich, please visit our flower store.

Church of the Resurrection

Church of the Resurrection