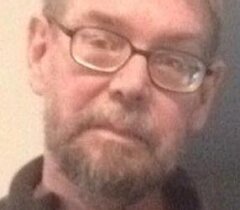 Obituary of Gerald John Jalkanen Houghton Gerald J. Jalkanen, 60, a resident of Houghton passed away from an apparent heart attack Wednesday evening December 21, 2016, at home. He went to be with the Lord and his parents. He was born on November 27, 1956, in Hancock, a son of the late Arvo and Rosella (Pesola) Jalkanen. Gerald was raised in Chassell and was a graduate of the Chassell High School. He also graduated from Michigan Technological University with a degree in Mining Engineering and received his Masters in Systems Engineering from the University of Arizona. Mr. Jalkanen had worked for a short time in Tucson, Arizona and Denver, Colorado before returning to the Copper County to reside in Houghton where he was a lab instructor in Mining & Geology at Michigan Technological University for a short time and had continued to take classes. Gerald was a member of Good Shepherd Lutheran Church of Houghton, he was an avid sports fan and enjoyed cheering for the Detroit Lions and Detroit Tigers. He also enjoyed playing Hockey with Mining Engineering intramural ice hockey team with his brother Karl Jalkanen, while he attended Michigan Tech. He always had an open door to his family and enjoyed helping out on the family farm. He also enjoyed attending the Northern Light Club House. Preceding him in death were his parent and grandparents. Surviving are: His brothers and sisters: David (Mary) Jalkanen of Harbor Springs, MI Ruth Verville, of Eaton Rapids, MI Linda (Dennis) Mlot of Mt. Vernon, IL Nancy (William) Metzner of Fenton, MI Dale (Sue) Jalkanen of Marinette, WI Karl Jalkanen of Fontana, CA Jack (Wendy) Jalkanen of Chassell, MI Diane (Martin) Conley of Fleming, OH Numerous nieces, nephews and cousins Funeral services for Gerald will be held 11 am Tuesday December 27, 2016, at the Memorial Chapel Funeral home of Hancock with Rev. Bucky Beach to officiate. Spring burial will be in the Elo Cemetery. Friends may call on Tuesday December 27, 2016, from 10 am until time of services at the Memorial Chapel Funeral Home of Hancock. To view Geralds obituary or to send condolences to the family please visit www.memorialchapel.net. The Memorial Chapel & Plowe Funeral Homes of Hancock have been assisting the family with the arrangements. To send flowers to the family of Gerald Jalkanen , please visit Tribute Store
To order memorial trees or send flowers to the family in memory of Gerald Jalkanen, please visit our flower store.