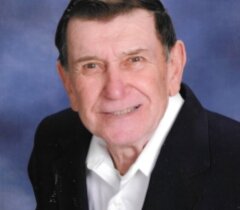 Obituary of Gordon William Hietala Chassell Gordon W. Hietala, 83, a resident of Chassell passed away Saturday, April 6, 2019 at the Omega House with his family by his side. He was born in Hancock on June 29, 1935, the son of the late Edward and Impi (Lehto) Hietala. He was raised in Chassell and graduated from the Chassell Schools with the Class of 1953. Following high school Gordon moved to Detroit for work, where he met his wife. In 1957 he enlisted with the US Army, being honorably discharged in 1959. He returned to Detroit and on August 1, 1959, he was united in marriage to Edna Darlene Mars. The couple resided in Redford Township. Gordon began his career as a Union carpenter retiring in 1993. In 1994, Gordon and Darlene would move to Chassell where they would spend their retirement. He enjoyed his retirement along with fishing and hunting. Gordon was a Life Member of the Upper Peninsula Club in Whitmore Lake, MI. Besides his parents, Gordon was preceded in death by a sister, Ruth Kangas and two brothers, Arthur and Kenneth. He is survived by his wife, Darlene of Chassell His Children; John (Valerie) Hietala of Hamburg, MI Karen (Jeffrey) Calleja of Livonia, MI Jeanette (Thomas) Katona of Henrico, VA His grandchildren; Chad (Maddalena) Hietala, Mark Hietala Daniel Calleja Branden (Sydney) Katona, Ryan Katona His siblings; Ralph (Beverly) Hietala and Richard (Esther) Hietala, both of Chassell. His brother-in-law Harold Kangas of Houghton and sister-in-law Marie Hietala of Northville, MI He is also survived by numerous nieces, nephews and cousins. Funeral services for Gordon will be held at 12pm Saturday, April 13, 2019 at Holy Trinity Lutheran Church in Chassell with Rev. Soren Schmidt to officiate. Burial with Military Honors will be held this spring in the Chassell Cemetery. Friends may call on Saturday from 10am until the time of services at the church. In lieu of flowers and other expressions of sympathy, the family asks that donations be made in Gordon's name to the Omega House in Houghton, Holy Trinity Lutheran Church, The Chassell Historical Society or the U.P. Club in Whitmore Lake. To view this obituary or to send condolences to the family, please visitwww.memorialchapel.net The Memorial Chapel and Plowe Funeral Homes of Chassell are assisting the family with the arrangements. To send flowers to the family of Gordon Hietala, please visit Tribute Store
To order memorial trees or send flowers to the family in memory of Gordon Hietala, please visit our flower store.