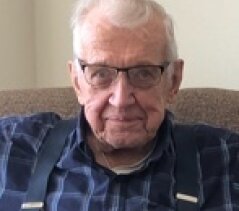 Houghton Harold A. Kangas, 86, a resident of the Bluffs Senior Living Community in Houghton and former Chassell resident passed away Thursday April 9, 2020, at Canal View -- Houghton County following a short illness. He was born on March 6, 1934, in Mass City, MI, son of the late William and Saima (Heinonen) Kangas. Harold was raised in Mass City and was a graduate of the Mass High School with the class of 1952. Upon graduation he moved to Detroit and worked for Excello Corp. Harold was a veteran having served with the United States Army being stationed in Japan. He returned to the Detroit area where he began a career working for Burroughs/Unisys Corp retiring in 1991. On July 22, 1961, he was united in marriage to the former Ruth Hietala. The couple resided in Redford Township where they raised their family. In retirement the couple returned to the Copper Country and made their home in Chassell since 1996. On April 16, 2010, Ruth preceded Harold in death. Harold was a member of the Apostolic Lutheran Church of Southfield and the Chassell VFW Post #6507. Harold always enjoyed a cup of coffee and visiting with family and friends, especially the morning coffee crew at the VFW. Preceding him in death were his wife Ruth, his daughter Julie Camp, and his sisters: Alice Kangas and Norma (Eli) Becht. Surviving are: His children: Kathleen Kangas of Plymouth, MI William (Deborah) Kangas of Rogers, AR Sharon Kangas of Seal Beach, CA His grandchildren: Aaron and William Kangas of Rogers, AR His son-in-law: John Camp of Canton, MI Numerous in-laws, nieces, nephews and cousins The family would like to give a special thank you to the Bluffs Senior Living Staff, Portage Health Home Services Aides, and Richard and Heidi Hietala for their special care and attention. Thank you also to our local U.P. family and friends who visited regularly and were always available to help when needed. A graveside service with military honors for Harold will be held at a later time at the Chassell Cemetery. To view Harolds obituary or to send condolences to the family please visit www.memorialchapel.net. The Memorial Chapel & Plowe Funeral Home of Chassell is assisting the family with the arrangements.
To order memorial trees or send flowers to the family in memory of Harold Kangas, please visit our flower store.