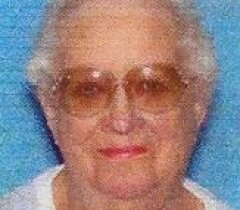 Obituary of Helen Wisted Houghton Canal Helen Wisted, 87, a resident of the Houghton Canal passed away Thursday afternoon May 21, 2015, at the UP Health Systems Marquette following a brief illness. She was born on September 30, 1927, in Chicago, IL, a daughter of the late Arthur and Harriet (Magnussen) Nordhagen. Helen was a graduate of the Kelvyn Park High School with the class of 1945. Helen then worked for various companies as a secretary. In 1949, she was united in marriage to Finn Wisted. The couple resided in the Chicago area until retiring and moving to the Houghton Canal in 1981. In 2002, Finn preceded Helen in death. Mrs. Wisted was a life member of the Order of the Eastern Star and a former member of Normennenes Singing Society Auxiliary. Preceding her in death were her husband and her parents. Surviving are: Her daughter: Karen (Butch) Erickson of Elmhurst, IL Her grandsons; Neal Erickson of Elmhurst, IL Kurt Erickson of Elmhurst, IL Her sister: Barbara Olivares of North Port, FL A service by the Order of the Eastern Star Trillium Chapter #304 will be held 2 pm Sunday May 24, 2015, at the Plowe Funeral Home in Houghton. Friends may call on Sunday May 24, 2015, from 1 pm until time of services. In lieu of other expressions of sympathy, the family suggests that memorials be given to Little Brothers Friends of the Elderly or the charity of ones choice. To view Helens obituary or to send condolence to the family please visit www.plowefuneralhome.com. The Memorial Chapel & Plowe Funeral Homes are assisting the family with the arrangements. To send flowers to the family of Helen Wisted, please visit Tribute Store
To order memorial trees or send flowers to the family in memory of Helen Wisted, please visit our flower store.