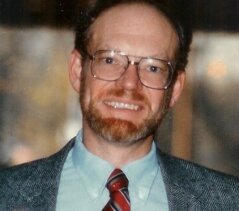 Superior Location Henry Simon Santeford, 78, of Houghton, MI, passed away peacefully at home surrounded by his family on Sunday, February 14, 2021 after a long illness. He was born July 25, 1942 and grew up in Chicago Heights, IL. He was preceded in death by his parents, Henry Simon and Charlotte Kirgis Santeford, and a sister Judith Ann Santeford (Robert) Gray.Henry earned his Bachelor and Master of Science degrees in Civil Engineering from Michigan Tech and began his teaching career at MTU shortly thereafter. Following the award of his PhD from Colorado State in 1972, Henry joined the National Research Council of the National Academy of Sciences as a staff research hydrologist in Washington, DC. His outstanding work coupled with his love of snow, ice, and mountains, made him the perfect candidate to head up the first National Weather Service/NOAA Field Station tasked with unraveling the mysteries of Alaskas hydrology, especially vis-à-vis the concurrent Trans-Alaska Pipeline construction. Shortly, his passion for teaching lured him back to academia at University of Alaska, where he lectured at both the Anchorage and Fairbanks campuses. Henrys expertise in cold region hydrology resulted in him becoming a US Representative to the UNESCO sponsored International Hydrological Program Northern Research Basin Symposium in 1976 where he continued to present his research biennially to his international circumpolar colleagues through the 1990s. In 1980, the family moved back to their farm in Houghton, MI where he returned to teaching Water Resource Engineering with a focus in Cold Regions Hydrology at Michigan Tech. Highly respected by his students, Henry received the Chi Epsilon Outstanding Faculty Award time and again. He was faculty advisor for the MTU Ridge Roamers and the Four Wheelers Club for most of his tenure as well as an active board member for the John Wesley House. He was awarded the Outstanding Young Alumni Award from Michigan Tech in 1974 and retired as Professor Emeritus in June 2001. Henry was a kind and gentle man who always had a smile and a story to tell, and was never too busy to lend an ear, or sprinkle words of advice, usually including the directive to first draw a sketch! A jack-of-all-trades, Henry magically appeared to help fix a water line, patch a roof, or serve a meal wherever he was needed. He was a 35-year fixture in the holiday kitchens of Little Brothers and, as the son of a carpenter, he constructed the large oak cross hanging in the sanctuary of Grace United Methodist Church. His faith defined who he was in his compassion and kindness for others, and he dedicated much of his time serving throughout the church.He loved the outdoors, and over his lifetime Henry could be found riding his motorcycles, climbing mountains, hiking trails, splitting wood, planting gardens, or exploring new places with the curiosity of a child. Isnt that neat?! he would say to anyone nearby, friend or stranger alike.Henry is survived by his wife of 52 years, Sally Coanes Santeford; a daughter, Jodi Santeford of Chicago, IL; two sisters, Joyce Santeford Wagner of Tucson, AZ and Carol Santeford (Thomas) Miller of St. John, IN along with numerous nieces and nephews.In honor of Henrys love of snow and passion for people, a casual bonfire storytelling will take place in the snow at the farm on Saturday, February 20 from 12-4, with formal memorial services planned for a later date. In lieu of flowers, please make any donations to the Alzheimers Association or the Salvation Army.To view Henrys obituary or to send condolences to the family, please visit www.memorialchapel.netThe Memorial Chapel & Plowe Funeral Home of Hancock is assisting the family with the arrangements.Henry's Bonfire Please click her to sign up for Henry's Bonfire
To order memorial trees or send flowers to the family in memory of Henry Santeford, please visit our flower store.