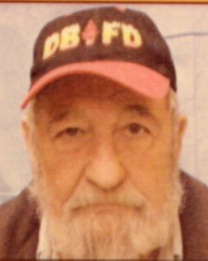 Ivan Tolley, 87, a resident of Dollar Bay passed away Sunday, November 6, 2022, at the Winona House of Portage Pointe in Hancock where he had been a resident patient.

He was born on October 22, 1935, in Madison, South Dakota, a son of the late William and Pearl (Hunt) Tolley.  Ivan was raised in and lived in South Dakota until joining the US Air Force.

Mr. Tolley then worked 30 years for the National Park Service as a Park Ranger, working at various parks such as the Gateway Arch National Park in St. Louis, MO, and Isle Royal National Park until his retirement in 1987.

On January 29, 1999, he was united in marriage to the former Victoria Lervic.  The couple made Dollar Bay their home in retirement.  On April 25, 2004, Victoria preceded Ivan in death.

Mr. Tolley was a member of the Dollar Bay Fire Department, the Bay VFW Post#6028 of Dollar Bay, the NRA and enjoyed working on his farm and garden.

Also preceding him in death were his sisters, Bessie, Evelyn and Shirley.

As requested, no service will take and burial will be in the Lake View Cemetery of Calumet.

Ivan’s family would like to thank the staff of Portage Pointe for the care given to him during his stay.

The Memorial Chapel Funeral & Cremation Service Hancock Chapel is assisting the family with the arrangements.

To view Ivan’s obituary or to send condolences to the family please visit www.memorialchapel.net.

The Memorial Chapel Funeral & Cremation Service Hancock Chapel has been assisting the family with the arrangements.

To order memorial trees or send flowers to the family in memory of Ivan R. Tolley, please visit our flower store.