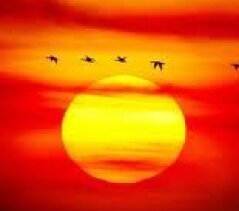 Obituary of Jack Kenneth Noye Jack K. Noye, 87, a resident of Chassell, passed away Wednesday morning August 2, 2017, at the UP Health - Portage Hospital. He was born on March 10, 1930, in Hancock, a son of the late John and Alice (Wuebben) Noye. Jack attended the Hancock Schools and then moved to the Detroit area where he graduated from High School. Mr. Noye was a veteran having served with the United States Army during the Korean War. On June 5, 1954, he was united in marriage to the former Elizabeth "Betty" Pyykkonen. The couple resided in Redford township and Harrison. He then began a career working for Shell Oil in various departments. He was happy to say that he retired at an early age in 1988 and enjoyed traveling, playing golf and spending time visiting with his friends. On December 1, 1997, Betty preceded Jack in death. In 2000, he was united in marriage to Esther Rastello and she preceded him in death in 2007. Jack was a member of Holy Trinity Lutheran Church of Chassell, VFW Post #6507 of Chassell, Alfred Erickson Post #186 American Legion of Hancock, he was a former member of the Mason's and Shriner's. He also enjoyed wintering in Florida and going for coffee with the guys. Also preceding him in death were his brothers Norman and Howard. Surviving are: Several nieces, nephews and cousins Fuenral services for Jack will be held 11 am Saturday August 5, 2017, at the Memorial Chapel Funeral Home of Hancock with Rev. Joe Iverson to officiate. Burial will be in the Lakeside Cemetery of Hancock where VFW Post #6507 of Chassell will hold Military Honors. Friends may call on Saturday August 5, 2017 from 10 am until time of services at the Memorial Chapel Funeral Home of Hancock. To view Jack's obituary or to send condolences to the family please visit www.memorialchapel.net. The Memorial Chapel & Plowe Funeral Homes of Hancock are assisting the family with the arrangements.Service Information To send flowers to the family of Jack Noye, please visit Tribute Store
To order memorial trees or send flowers to the family in memory of Jack Noye, please visit our flower store.