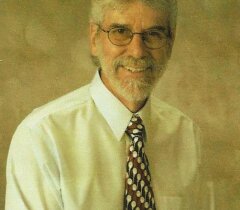 Obituary of James Michael Bronczyk Dollar Bay James M. Bronczyk, 68, a resident of Dollar Bay unexpectedly passed away at his home. Jim was born on September 22, 1946, in Norway, MI, a son of the late John and Adeline (DeBernardi) Bronczyk. He was a graduate of the Norway High School with the class of 1964. Mr. Bronczyk was a veteran having served with the United States Army during the Vietnam War. He then attended Northern Michigan University where he graduated in 1972 with a teaching degree. In September of 1972, Mr. Bronczyk began a teaching career which lasted 30 years, retiring in 2002. During that time, he also coached boys varsity basketball for 30 years. He and his teams were able to win several championships and honors. On May 29, 1976, he was united in marriage to the former Rose Greenleaf. To this day, his passions in life were his Rose, teaching, coaching and playing golf. Preceding him in death were his parents, his sister Patricia Pellegrini and his brother John Jack Bronzyk. Surviving are: His wife: Rose Bronczyk of Dollar Bay Several sisters and brothers-in-law including special sister-in-law Merrilee Greenleaf of Dollar Bay and brother-in-law Thomas Greenleaf of Dollar Bay His sister-in-law: MaryAnn Bronzyk of Hamilton Lake/Vulcan, MI His brother-in-law Louis Pellegrini of Norway Numerous nieces, nephews, and cousins. A Mass of Christian Burial for James will be held 11 am Thursday September 3, 2015, at St. Ignatius Loyola Catholic Church of Houghton with Fr. John Martignon to officiate. Burial will be held in the Forest Hill Cemetery. Friends may call on Wednesday September 2, 2015, from 5 to 8 pm at the Memorial Chapel Funeral Home of Hancock, where a parish prayer service will be held at 6 pm. To view Jims obituary or to send condolences to the family please visit www.memorialchapel.net. The Memorial Chapel & Plowe Funeral Homes have been assisting the family with the arrangements. To send flowers to the family of James Bronczyk, please visit Tribute Store
To order memorial trees or send flowers to the family in memory of James Bronczyk, please visit our flower store.