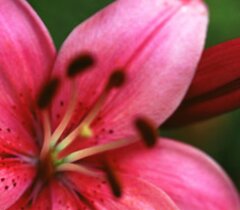 James Albert Maierle, a well known area educator and resident of South Range, passed away on his 80th.

He was born on September 27, 1942 in Calumet Michigan to Albert and Viola (Paull) Maierle. He attended school in Calumet and was
a 1960 graduate of Calumet High School.

From an early age, he enjoyed hunting and fishing and would often hike the forests in Keweenaw just to explore. In adulthood, he was inspired to write about his experiences and had several short stories published in hunting magazines.

With his parents' encouragement, he attended Suomi College in Hancock (later Finlandia) for two years, then transferred to Northern Michigan University in Marquette Michigan where he received a Bachelor of Science degree in history and English education. Later, in 1982, he received his Masters Degree in Education, also from NMU.

His first job was at Bishop Baraga High School in Marquette. The following year, he was hired at Jeffers High School in Painesdale, Michigan where he remained until his retirement in 1996.

Jim was an inspiring and knowledgeable teacher who was well-liked and respected by his students and colleagues.

In 1982, he became principal at Jeffers and continued in that role until his retirement in 1996. As principal, he continued to be a source of calm
intelligent problem solving with teachers, parents and students.

During the summer months and into retirement, he enjoyed many camping trips out west with his family. He continued his love of fishing on his boat, The Ivanhoe. Over the years he took his family on memorable boating trips to Isle Royale.

Every fall, Jim looked forward to hunting in the Arvon Hills of L'anse with his friend, Mike Make and later with his sons Jim and Ron. Many good memories were made at their hunting camp, The Footh.

Jim was a loving and supportive husband and father. His family will miss his wisdom and his wonderful sense of humor. Because he was a devout Christian, they look forward to seeing him again in heaven,

He was preceded in death by his parents and brother, Wendell. He is survived by his wife of 50 years, Jan, his sons Ron(Liza), James (Kerstin), Dan (Nick), and his daughter, Ann-Marie(Adam). He is also survived by three grandchildren and four great-grandchildren, sister-in-law Sharon and her three sons.

To view Jim's obituary or to send condolences to the family please visit www.memorialchapel.net.

The Memorial Chapel Funeral & Cremation Service - Mt. View Chapel of South range has been assisting the family with the arrangements.
To order memorial trees or send flowers to the family in memory of James Maierle, please visit our flower store.