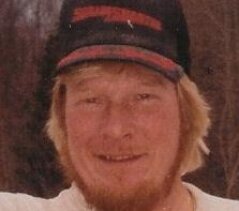 Obituary of James E. Sohlden Chassell James E. The Grizz Sohlden, 54, a resident of Snake River Hill, Chassell passed away unexpectedly early Sunday morning May 22, 2016, at his home. He was born on October 3, 1961, in Calumet, a son of Margaret (Heikkinen) Sohlden and the late Kenneth Sohlden. Jim was raised in Calumet and also Chassell. He graduated as class president from Chassell High School with in 1979. He then moved to Florida to pursue a carpentry career. In 1992, he returned to Chassell to take over his fathers rental business and also has been a self-employed contractor. On April 18, 2015, he was united in marriage to the former Mary Ballard. Mr. Sohlden was a member of Evangel Baptist Church of Houghton. Jim was an avid sportsman who enjoyed hunting, fishing and taking rides on his property. Preceding him in death were his father and his first wife. Surviving are: His wife: Mary Sohlden of Chassell His step-children: Brent (Julia) VanAlstine of Marquette Kevin LaDuke of Midland Tiffany (Matt) Friisvall of Houghton His grandchildren: Star, Raquell, Remington and Saylor His mother: Margaret (Marvin) Allen of Laurium His brother: Michael Sohlden of Askel Hill His sister: Mary Pearson of Laurium Jeramy Sorvisto, who was always like a son to Jim Numerous aunts, uncles, nieces, nephews, and cousins. Funeral services for James will be held 11 am Friday May 27, 2016, at Evangel Baptist Church of Houghton with Levi Matteson to officiate. Friends may call on Thursday May 26, 2016, from 5 to 8 pm at the Memorial Chapel Funeral Home of Chassell, and on Friday from 10 am until time of services at Evangel Baptist Church of Houghton. To view James obituary or to send condolences to the family please visit www.memorialchapel.net. The Memorial Chapel & Plowe Funeral Homes are assisting the family with the arrangements. To send flowers to the family of James Sohlden , please visit Tribute Store
To order memorial trees or send flowers to the family in memory of James Sohlden, please visit our flower store.