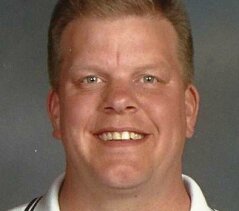 Obituary of Jaysen Donald Salo Chassell/HoughtonJaysen D. Salo, 51, a resident of Chassell and Houghton, passed away unexpectedly Wednesday, March 1, 2017 from an apparent heart attack.He was born on November 24, 1965, in Hancock, a son of the late Donald J. Salo and Sharon (Komula-Salo) Berner. Jaysen was a graduate of the Houghton High School Class of 1983.His working career started helping his father operate Twin City Tire of Houghton and Hancock. He then began a selling cars for Lindrus Chevrolet/Olds, Keweenaw Automotive and most recently Copper Country Ford.Jaysen was united in marriage to the former Kimberly Burgess, where they welcomed and raised twos sons, Christopher and Scott. They parted ways but remained friends.Jaysen loved to spend his free time on the golf course,snowmobiling and hunting. He also enjoyed spending time with his family and friends.Preceding him in death were his father Donald J. Salo, Aimee (Sandra) Bloom, sister Michelle Haddad and his nephew Matthew Marshall.Surviving are:His sons: Christopher Salo of Hubbell, Scott Salo of Pulaski, WI, his sister Jennifer (Jon) Marshall of Chassell and nephew Zachariah Mills of Chassell along with many friends.A memorial service for Jaysen will be held 12 Noon Monday, March 6, 2017 at the Memorial Chapel funeral home of Hancock with Rev. John Autio to officiate. Friends may call on Monday March 6,2017, from 10am until time of services at the funeral home.To view Jaysen's obituary or to send condolences to the family please visit www.memorialchapel.netThe Memorial Chapel & Plowe Funeral Homes are assisting the family with the arrangements.Service Information To send flowers to the family of Jaysen Salo, please visit Tribute Store
To order memorial trees or send flowers to the family in memory of Jaysen Salo, please visit our flower store.