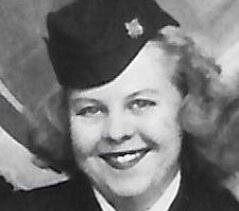 Obituary of Joan Catherine Holland Hancock Joan C. Holland, 92, a resident of the Bluffs Senior Living Community and former Hancock resident passed away early Tuesday morning November 29, 2016, at UP Health Systems-Portage Hospital in Hancock following a short illness. She was born on January 23, 1924, in Detroit, MI, the daughter of the late Teuvo and Griselda (Brown) Maki. Joan was raised in Hancock and was a graduate of the Hancock High School and Michigan College of Mining and Technology (MTU) with a degree in Chemistry. Mrs. Holland was a veteran having served with the United States Coast Guard during World War II. On September 4, 1949, she was united in marriage to Jack C. Holland. The couple had resided in Duluth, MN, where Joan worked as a medical technologist. They then moved to make their home in Hancock and Joan worked for St. Josephs Hospital in Hancock as a medical technologist. In March of 2013, Jack preceded Joan in death. Mrs. Holland enjoyed working on various craft projects and was well known for making felt Christmas ornaments. She was active with the Girl Scouts and Jobs Daughters, when her daughters were young. She also enjoyed traveling with Jack in their retirement, spending many winters in the Rio Grande Valley. Preceding her in death were her husband, parents, her twin sister Jean and her granddaughter Megan Brogan. Surviving are: Her daughters: Jeanne (Alan) Karkkainen of Dollar Bay Janice (Earl) Brogan of Lake Linden June (Robert) Klein of Bootjack Her grandchildren: Matthew Karkkainen, Kevin Karkkainen, Adam Karkkainen and Patrick Brogan 6 great grandchildren Her sister & brother: Joyce North of the Bluffs Senior Living Community Rudy Maki of Hancock Several nieces, nephews and cousins A memorial service for Joan will be held 12 noon Friday December 2, 2016, at the Memorial Chapel Funeral Home of Hancock with Licensed Lay Minister Kelly Ylitalo to officiate. Friends may call on Friday December 2, 2016 from 11 am until time of services at the Memorial Chapel Funeral Home of Hancock. In lieu of other expressions of sympathy the family suggests that memorials be given to the American Cancer Society. To view Joans obituary or to send condolences to the family please visit www.memorialchapel.net. The Memorial Chapel & Plowe Funeral Homes of Hancock is assisting the family with the arrangements. To send flowers to the family of Joan Holland, please visit Tribute Store
To order memorial trees or send flowers to the family in memory of Joan Holland, please visit our flower store.