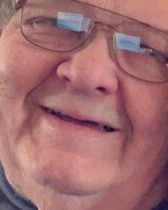 Twin Lakes
John Kelly, 74, former Houghton County Controller and a resident of Twin Lakes passed away unexpectedly Thursday, May 5, 2022, while wintering with his daughter in Elo.
He was born on November 24, 1947, in Hancock the son of John James and Tyne (Erickson) Kelly. John was raised in Hurontown by his mother and step-father Andrew Koistila. John was a graduate of the Houghton High School and was proud to have won the Iner Anderson Award due to have excelled in basketball and football during his high school days.
Mr. Kelly worked For Herman Gunlach Contracting until being injured on the job. He then attended Michigan Technological University where he received his accounting degree. He worked for Richard Woodbury CPA before beginning a career with Houghton County. He started as the assistant controller for Houghton County and then retired as the Controller for Houghton County in 2003.
On March 13, 1971, he was united in marriage to the former Mary Claire Rauhio. The couple resided in Hurontown and West Houghton where they raised their two children. In retirement they moved to make their home in Twin Lakes. On February 22, 2000, Mary Claire preceded John in death.
Big John was an avid outdoorsman he enjoyed hunting fishing, playing golf and visiting with his family and friends at deer camp. He was a former member of the Elm River Township board, the Wyandotte Hill Golf League for many years and White Tails Unlimited.
Preceding him in death were his wife, his parents, his aunts, Sylvia Saari, Kay Kujuansuu, & Elvi Ruoho.
Surviving are:
His children:
Jenifer Kelly of Elo
John (Jenette) Kelly of Ashland, WI
His grandchildren:
Megan (Ellis Williams) Kelly of Poynette, WI
Emma Kelly of Ashland, WI
His great-grandchildren: Arya and Raylea
His cousins: Art (Helen) Kujuansuu of Baraga & Bob (Beth) Ruoho of Hancock

A time to remember and share stories for John will be held Friday, May 13, 2022, at the Memorial Chapel Funeral Home of Hancock from 3 to 7:00 pm.
To view John’s obituary or to send condolences to the family please visit www.memorialchapel.net.
The Memorial Chapel Funeral & Cremation Service of Hancock is assisting the family with the arrangements.
To order memorial trees or send flowers to the family in memory of John Kelly, please visit our flower store.