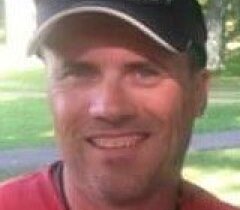 Obituary of John Bostwick Atlantic Mine John S. JB Bostwick, 49, a resident of Atlantic Mine passed away Sunday, April 14, 2019, at the UP-Health Marquette Hospital following a lengthy battle with cancer. He was born on June 30, 1969, in Jackson, MI a son of the late Ara Burton and Carol Jean (Malott) Bostwick. JB was raised in Jackson and as a child moved to the Iron River area and was a graduate of the West Iron County Schools with the class of 1987. He then attended Northern Michigan University in Marquette, where he received an Associate degree in Criminal Justice. OnAugust 23, 1991, he was united in marriage to the former Pamela St. John. The couple moved to the Copper Country in 1992 and made their home in Atlantic Mine since 1996. John was the manager for Perkins Restaurant in Houghton for 13 years before beginning his career as a Financial Advisor for Bankers Life Company. Because of JBs outgoing personality, he made friends everywhere he went within a few moments. He enjoyed spending time with his family, riding his Harley and volunteering as the PA announcer for the Houghton High School hockey games. JB was an avid sports fan and refereed football and basketball, locally. His true passion was baseball, playing and coaching. He helped coach his boys and many others from a young age and helped start the Houghton High School baseball team. He also enjoyed playing in various softball and hardball games in the area. Surviving are: His wife Pam of Atlantic Mine His sons: Jonathan Bostwick of Atlantic Mine Kevin Bostwick of Atlantic Mine His sisters: Cara Knapp of Yuma, AZ Bonnie Bostwick of Yuma, AZ Cherie McCarthy of Iron River, MI Michelle Jarvi of Crystal Falls, MI His uncle: Don Malott of Las Vegas, NV Several nieces, nephews, cousins and many friends. Funeral services for JB will be held 7 pm Tuesday, April 30, 2019, at Grace United Methodist Church of Houghton with Rev. VickyPrewitt to officiate. Spring burial will be in the Friends may call on Tuesday, April 30, 2019, from 4 to 7 PM at Grace United Methodist Church of Houghton. To view JBs obituary or to send condolences to the family please visitwww.memorialchapel.net. The Memorial Chapel & Plowe Funeral Homes of Hancock have been assisting the family with the arrangements. To send flowers to the family of John Bostwick, please visit Tribute Store
To order memorial trees or send flowers to the family in memory of Johnnie Bostwick, please visit our flower store.