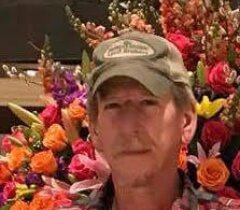 Obituary of Jon Lloyd Schuster Atlantic Mine Jon L. Schuster, 53, a resident of Atlantic Mine, passed away unexpectedly June 15, 2018, at his home. He was born on September 22, 1964, in Menominee, WI a son of Lloyd and Elaine (Pannenen) Schuster. Jon was raised in Houghton and graduated from the Houghton High School. Mr. Schuster was a veteran having served with the United States Navy. On May 28, 1985, he was united in marriage to the former Renee Piroska. The couple had resided between California and the Copper Country and after 33 years together parted as friends. Jon was a genius heavy equipment mechanic he had worked in California and locally for the City of Houghton until he had to retire due to health reasons. He had also worked for the White Pine Copper Mine and owned and operated the M-64 Truck Stop in Ontonagon for a short time. In his spare time, Jon enjoyed fishing, driving his rat rod and hanging with his family and friends. Preceding him in death were his grandparents and his father-in-law: James Wellons. Surviving are: His daughter: Arleen (Michael) Statler of Dodgeville His grandchildren: Cameron & Jordan Statler His parents: Lloyd and Elaine Schuster of Hancock His brothers: Paul Schuster of Hancock Steven Schuster of Marquette Numerous nieces, nephews, and cousins His special friend: Marge Miller of Gulf Port, MS His unadopted daughter: Crystal Rogers of Jackson, MI A memorial service for Jon will be held 7 pm Wednesday, June 20, 2018, at the Memorial Chapel Funeral Home of Hancock with Pastor Chuck Bylkas to officiate. To view Jons obituary or to send condolences to the family please visit www.memorialchapel.net. The Memorial Chapel & Plowe Funeral Homes of Hancock are assisting the family with the arrangements. favorite_border Appeal For Donations To send flowers to the family of Jon Schuster, please visit Tribute Store
To order memorial trees or send flowers to the family in memory of Jon Schuster, please visit our flower store.