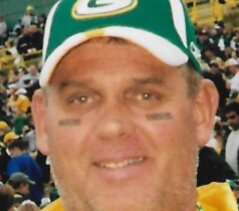 Chandler, AZ/Onnela Kerry Jampsa, 60, a resident of Chandler, AZ and former Onnela resident passed away Saturday, June 26, 2021, in Chandler, AZ after a battle with cancer. He was born on December 22, 1960, in Hancock to Michael Jampsa and Shirley Weijola-Clark. He moved to Marquette, MI after graduating from the Houghton High School. He worked construction for many years in the Marquette area. He then moved to make his home in Chandler, AZ and was a customer Care Representative with Maracay Homes. He was united in marriage to the former Debra Walsh in Chandler, AZ. Kerry was passionate about gardening and was quite a perfectionist in everything he did. He was very much a Big Green Bay Packer Fan. He was so loved by all. Preceding him in death were: His wife Debra, his brother Steven Jampsa, his step-father: John Clark Sr.; his step-brothers: John Clark, Patrick Clark and Robert Clark. Surviving are: His mother: Shirley Clark His father: Michael (Carol) Jampsa His brother: Glenn Jampsa His step-brothers: Rodney (Michele) Grislono Robert Grislono His step-sister: Debby Jackman His brothers-in-law: Daniel (Jean) Walsh James (Carol) Walsh Michael (Jane) Walsh Close friends: Robin Dillinger Numerous aunts, uncles, nieces, nephews, cousins and friends. A graveside service for Kerry will be held later this fall at the Waasa Cemetery. To view Kerrys obituary or to send condolences to the family please visit www.memorialchapel.net. The Memorial Chapel & Plowe Funeral Homes of Hancock are assisting the family with the local arrangements.
To order memorial trees or send flowers to the family in memory of Kerry Jampsa, please visit our flower store.