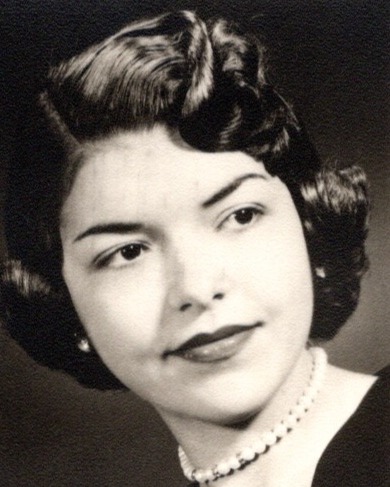 Marcia Kay (Richard) Drenovsky, 83, passed away on January 15, 2023, at Canal View – Houghton County, where she was a resident for the past 7 years from complications associated with a stroke and Alzheimer’s.

She was born on June 26, 1939, at home in Shiawassee County to Carl and Geraldine (Wade) Post.  She graduated from Durand High School in 1957, where she played the French horn in the band and sang in the choir.  She then attended Flint Junior College and Eastern Michigan University where she received a state limited certificate to teach elementary school.  She completed her formal education in 1972 from Western Michigan University with a Bachelor of Science (BS) in Social Studies.

She married Richard M. Drenovsky on June 18, 1960.  They lived in Grand Rapids and Sparta, Michigan before moving to Houghton, Michigan in 1972.  Her professional career included teaching in a one-room school near Davison, Michigan; in Catholic Schools in Grand Rapids; and in public schools in Sparta.  Upon coming to the Copper Country, she was a Head Start Teacher for two years.  For the next 28 years, she taught third, fourth and fifth grades with the Houghton-Portage Township Schools, retiring in 2002.  She then worked at Finlandia University in the Elementary Education Program for two years.

Marcia was a life member of Alpha Delta Kappa International Honorary Organization for Women Educators, the National Education Association, the Michigan Education Association, and the Swartz Creek Historical Society.  She was also a member of the American Civil Liberties Union, the Michigan Reading Association, the Chassell Historical Society, and the Hancock Home Study Club.  She served on various state committees, including reading, math, social studies, and the Michigan Educational Assessment Program (MEAP) test.  She was involved in the Creative Student Program, Destination Imagination, where she served as Regional Director for many years.  One of the teams she supervised received third place at the world finals.  She was an active member of St. Anne’s Parish in Chassell.

Marcia was an accomplished seamstress, making clothes for her family and herself, including formals and wedding dresses for her daughters.  Her hobbies were quilting, reading, playing the piano and organ, and crafting.  Going to Michigan Tech basketball games was the highlight of her life during her last few years.  Marcia and Richard were charter members of the Women’s Basketball Center Court Club.

She is survived by her best friend and husband, Richard, her daughters Cynthia Kay Drenovsky (Phil Broyles) of Gettysburg, PA, and Christina Ann (John) Vande Zande of Marquette, her grandchildren Lillian and Kai Broyles, her loving Shih Tzu dog Aura Ming and several cousins. nieces, nephews and many friends.

She was preceded in death by her father and mother Carl and Geraldine (Wade) Post, her brother Lynn Post and her 19 year-old son Timothy Lee Drenovsky.

A Mass of Christian Burial for Marcia will be held 11:00 am on Monday January 23, 2023, at St. Anne’s Catholic Church of Chassell with Frs. Thomas Merkel and Ben Hasse to officiate.  Burial will be in the Forest Hill Cemetery of Houghton later this spring.  Visitation will be held Sunday January 22, 2023, at the Memorial Chapel Funeral & Cremation Service – Chassell Chapel from 3:00  to 5:00 pm

In lieu of other expressions of sympathy or kindness, contributions can be made in memory of Marcia Drenovsky and sent to the Michigan Tech Women’s Basketball team, 1400 Townsend Drive, Houghton, MI 49931 or to UP Health Systems Portage Hospice, Razor back Dr., Houghton,  MI 49931.

The family would like to thank the staff at Canal View – Houghton County and Portage Home Care and Hospice for the compassion and comfort they gave Marcia during her illness.  A special thank you is extended to Dr. Bruce Trusock who cared for her health and wellness for more than four decades.

To view Marica’s obituary or to send condolences to the family please visit www.memorialchapel.net.

The Memorial Chapel Funeral & Cremation Service – Chassell Chapel has been assisting the family with the arrangements.

To order memorial trees or send flowers to the family in memory of Marcia Kay Drenovsky, please visit our flower store.