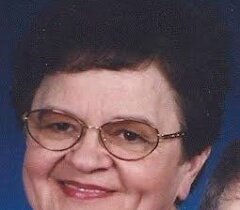 Obituary of Marie Ann Saunders Chassell, Marie Ann (David) Saunders, 76, a resident of Chassell, passed away Wednesday June 28, 2017, at the University of Michigan Hospital in Ann Arbor following a short illness. She was born on May 5, 1941, in Marquette, MI. A daughter of the late William and Bertha (Tyrvainen) Luusua. She was raised in Chassell and was a graduate of the Chassell Schools. She also received a Bachelors of Science in Nursing from Northern Michigan University. She spent over 40 years working as a nurse in several different medical areas. Her passion for nursing and caring for others was evident in everything she did. Marie was proud tohave been one of the founding professors in the School of Nursing at Soumi College. She latermoved to Indianapolis where she had worked at various hospitals until retiring in 2008, and moving back to make her home in Chassell. While in Indianashe was united in marriage to David Saunders on June 22, 2001. Mrs. Saunders was a member of Holy Trinity Lutheran Church of Chassell, where she was active with the Quilters of the Church and loved to sing. She also loved to care for her family, baking, cooking, crafting mittens from recycled wool, sewing and knitting. She also enjoyed working in the vegetable and flowers gardens at her home. Preceding her in death were her son Michael Lahti and her parents. Surviving are: Her husband David Saunders of Chassell Her children: Mark (Jeanne) Lahti of Baraga Jill (Terry) Buchholz of Cleveland, TN Robert (Tonda) Lahti of Daggett, MI Heidi (Clint) Sutton of Chassell 19 Grandchildren and 17 great grandchildren Her sisters and brothers: Betty (George) Uuro of Chassell Gloria Kanerva of Brampton, MI Donald (Sue) Luusua of Wilson, MI Carol (Jeff) Warning of Nobelsville, IN Janet (Ted) France of Midland, MI Numerous nieces, nephews and cousins A memorial service for Marie will be held11 AMMonday July 3, 2017, at Holy Trinity Lutheran Church of Chassell with Rev. Joe Iverson to officiate. Friends may call onMonday July 3, 2017, from10 amuntil time of services at Holy Trinity Lutheran Church of Chassell. To view Maries obituary or to send condolences to the family please visitwww.memorialchapel.net. The Memorial Chapel & Plowe Funeral Home of Chassell is assisting the family with the arrangements. To send flowers to the family of Marie Saunders, please visit Tribute Store
To order memorial trees or send flowers to the family in memory of Marie Saunders, please visit our flower store.