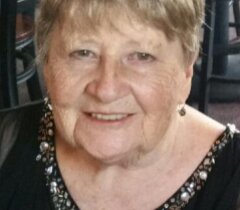 Obituary of Marie Alice Tuohimaa Houghton Marie A. Tuohimaa, 86, a resident of the Douglass House Apartments and former resident of the Houghton Canal, passed away Saturday evening July 22, 2017, at the UP Health - Portage Hospital following a lengthy illness. She was born on March 15, 1931, in Oskar, MI, a daughter of the late Oscar and Hannah (Riipi) Romppainen. Marie attended the Redridge School and was a graduate of the Houghton High School. On November 11, 1949, she was united in marriage to Robert Tuohimaa. The couple resided in Coles Creek and on North Superior Rd. where they raised their children. On May 29, 2005, Robert preceded Marie in death. Since that time, she has made her home in Houghton. Mrs. Tuohimaa had worked as a CNA and in the Laundry Department at the Houghton County Medical Care Facility. She also volunteered at the Copper Range Historical Museum and sat on the Stanton Township Board. Marie loved to spend time with her family and be a grandma, fish and ice fish, bake, work in her garden, knit and crochet, and go to Isle Royale. She also enjoyed traveling, animals, playing Pinochle, and sending cards to family and friends for birthday and anniversaries. Her sense of humor and adventure will always be remembered by the way she took the Polar Bear Plunge on her 80th birthday during HeikinpA?ivA?. Preceding her in death were her parents, her husband, her daughter Cathy Tuohimaa and her sister: Florence Suo. Surviving are: Her children: Clyde (Joanne) Tuohimaa of Linwood, WA Dan Tuohimaa of the Houghton Canal District Jane Lake of Hancock Julie (David) Laban of Oskar Bay Dianne (Dan Jamison) Huhta of Atlantic Mine Her son-in-law: Charles Huhta of the Houghton Canal 15 grandchildren & 24 great grandchildren Her brother: James (Mavis) Romppainen of Garden City, MI Numerous nieces, nephews and cousins A private graveside service for Marie will be held at a later time in the Oskar Cemetery. A time to celebrate Marie's life will be held Saturday July 29, 2017, from 2 to 5 pm at the Stanton Township Fire Hall. To view Marie's obituary or to send condolences to the family please visit www.memorialchapel.net. The Memorial Chapel & Plowe Funeral Homes of Hancock are assisting the family with the arrangements.Service Information To send flowers to the family of Marie Tuohimaa, please visit Tribute Store
To order memorial trees or send flowers to the family in memory of Marie Tuohimaa (Romppainen), please visit our flower store.