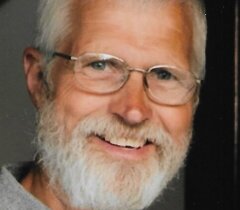 Atlantic Mine Mark E. Kilpela, 67, a resident of Atlantic Mine, passed away Saturday November 9, 2019, at Woodland Haven of Canal View- Houghton County where he had been a resident patient for the past year and a half. Mark was born on November 8, 1952, in Laurium, a son of Howard and Lillian (Poyhonen) Kilpela. He was raised in Hancock and was a graduated of the Hancock High School with the class of 1971. He then attended Michigan Technological University where he received his degree in Electrical Engineering Technology in 1975. On September 14, 1974, Mark was united in marriage to the former Christine Heinonen in Farmington, MI. The couple has resided in Atlantic Mine since 1975 where they raised their 15 children. Since 1974, Mark had been employed by Michigan Technological University in the School of Technology before retiring from the Electrical Engineering Department in 2011, due to his illness. Mr. Kilpela was an active member of the First Apostolic Lutheran Church in Houghton where he had served on the board for a number of years. He also enjoyed the outdoors and was a former member of the Adams Township School Board. Preceding him in death were his father Howard, and his maternal and paternal grandparents. Surviving are: His wife: Christine Kilpela of Atlantic Mine His children: Krista (Tim) Rajala of Atlantic Mine Arthur (Christy) Kilpela of Redridge Laura (Mark) Larson of Houghton Trevor Kilpela of Chassell Bridget (Darren) Kinnunen of Atlantic Mine Trent (Sally) Kilpela of Traprock Valley Betsy (John) Rajala of Atlantic Mine Nora (Aaron) Helminen of Atlantic Mine Bret (Katelyn) Kilpela of Dickinson, ND Nels Kilpela of Dickinson, ND Jana (Michael) Anderson of Atlantic Mine Aaron Kilpela of Atlantic Mine Marty Kilpela of Dickinson, ND Richard Kilpela of Dickinson, ND Ginny (Jeffrey) Torola of Mound, MN 62 very special grandchildren His mother Lillian Kilpela of Hancock His siblings: Ralph (Annette) Kilpela of Cokato, MN Margaret (Darwin) Heinonen of Atlantic Mine Timothy Kilpela of Hancock Virginia (Roger) Pietila of Howell, MI Daniel (Shannon) Kilpela of Dollar Bay Laura (Harry) Leukuma of Delano, MN David Kilpela of Chassell His in-laws: Darwin (Margaret) Heinonen of Atlantic Mine Kurt (Lynda) Heinonen of Laurium Sarah (Robert) Baratono of Hancock Numerous nieces, nephews, aunts, uncles and cousins Funeral services for Mark will be held 11 am Tuesday November 12, 2019, at the First Apostolic Lutheran Church of Houghton with David Taivalkoski to officiate. Spring burial will be in the Atlantic Mine Cemetery. Friends may call on Monday November 11, 2019, from 4 to 8:00 pm and on Tuesday November 12, 2019, from 10 am until time of services at the First Apostolic Lutheran Church of Houghton. To view Mark's obituary or to send condolences to the family please visit www.memorialchapel.net. The Memorial Chapel & Plowe Funeral Homes of Hancock have been assisting the family with the arrangements.
To order memorial trees or send flowers to the family in memory of Mark Kilpela, please visit our flower store.