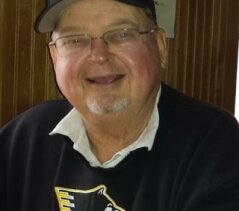 ChassellMichael Messner III (also known by loved ones as Pops) passed away on March 31st, 2021 at the age of 76. He is survived by his son Michael Messner IV, daughter-in-law Stacey Messner, sister Sally Ehlers and brother-in-law Clarence Ehlers, along with numerous friends and relatives. Michael was born on May 19th, 1944 in Green Bay, Wisconsin and went on to graduate from Houghton High School in Houghton, Michigan in 1963. He graduated from Michigan Technological University in 1967. He then started work at General Motors where he worked until retirement.Michael was a special soul who always had a joke up his sleeve and an innate ability to make everyone feel like family. He was a devoted father and dear friend and had a passion for life.He took great pride in serving delicious meals and cocktails to his friends and family. He was an avid animal lover. During his days at GM, he and his son went on road trips together, where he met and befriended famous people along the way, including Dale Earnhardt Sr. and Jr. along with car owner Richard Childress. He enjoyed boating, riding his Harley and Gator, and driving his convertible Corvette.Michael was beloved by so many and will be greatly missed.A celebration of Michaels life is being planned for this fall. In place of flowers or cards, the family asks that a donation in Michaels name be made to your local animal shelter. To view this obituary or to send condolences to the family, please visit www.memorialchapel.netThe Memorial Chapel & Plowe Funeral Home of Houghton is assisting the family with the arrangements.
To order memorial trees or send flowers to the family in memory of Michael Messner, please visit our flower store.