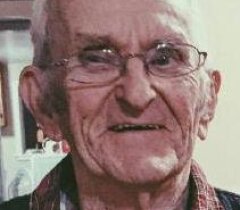 Obituary of Paul Henrick Anderson Atlantic Mine Paul H. Anderson, 86, a resident of Atlantic Mine, passed away Friday morning January 29, 2016, at the Cypress Manor Nursing Home in Hancock where he had been a patient for three months. He was born on November 28, 1929, in Gay, MI, a son of the late John E. and Ellen (Lytikainen) Anderson. As a child, he attended the Gay School and was a graduate of the Lake Linden High School. Mr. Anderson was a veteran having served with the Central Intelligence Corp in Germany for nine years. On March 29, 1958, he was united in marriage to the former Helen Oja in Pelkie, MI. The couple moved to Zion, IL, and Paul was employed with Johnson Motors. They then moved to LAnse, MI, and he commuted to Northern Michigan University to receive a teaching degree. They moved to Winthrop Harbor, IL where he taught 6th and 8th grade in the Westfield Junior High School, retiring in 1990 after 23 years. He also helped preach at the First Apostolic Lutheran Church. On September 28, 2012, after celebrating 54 years together Helen preceded Paul in death. Mr. Anderson was a member of the First Apostolic Lutheran Church of Houghton and Atlantic Mine. He enjoyed visiting with family and friends and telling many stories and spending summers at the camp in Little Betsy. He also was a member of VFW Post #6165 of Chassell. Preceding him in death were his parents, his wife Helen, his daughter Pamela, his brothers; Edwin, Hubert, Norman, Waino and Wesley; and his sisters; Lila Malgren and Doris Larson. Surviving are: his children: John (Ronda) Anderson of Beach Park, Il and their children; Lana (David) Oliver, Ian, Jodi, and Luke Beth (Carl) Torola of Calumet and their children; Selina (Kurt) Johnson, Mallory, Marisa, Carl, Pamela, Rosemary, Warren, Brannon and Lowell. Ruth (Kyle Kerkering) Laho of McHenry, IL and her children; Alan (Heather), Matthew (Nora), Dustin, Megan (Steve) Hallstrom, Nolan, Jessie and Bubba. Brenda (Richard) Henry of Winthrop Harbor, IL and their children; Olivia, Richard Paul and Emma. His great grandchildren; Kadi, Keira, Grady, Felix, Kaisa, Niko, Adalynn, Elli, Amarae, Jayce, Kayne and Brayden His brother; Reuben Anderson a resident patient of the Houghton County Medical Care FacilityFour sisters-in-law and two brothers-in-law Numerous nieces, nephews and cousins Funeral services for Paul will be held 11 am Thursday February 4, 2016, at the First Apostolic Lutheran Church of Houghton with David Taivalkoski to officiate. Spring burial will be in the Pelkie Cemetery. Friends may call on Wednesday February 3, 2016, from 5 to 7 pm and on Thursday from 10 am until time of services all at the First Apostolic Lutheran Church of Houghton. To view Pauls obituary or to send condolences to the family please visit www.memorialchapel.net. The Memorial Chapel & Plowe Funeral Homes have been assisting the family with the arrangements. To send flowers to the family of Paul Anderson, please visit Tribute Store
To order memorial trees or send flowers to the family in memory of Paul Anderson, please visit our flower store.