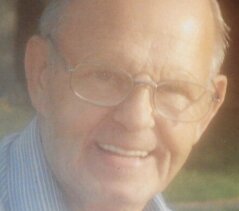 Obituary of Paul A. Rimpela Hancock/Chassell Paul A. Rimpela, 88, a resident of Hancock and former Chassell resident passed away Saturday, September 29, 2018, at the Winona House of Portage Pointe where he had been a resident since this past February. He was born on June 29, 1930, in Baltic, MI, a son of the late Henry and Mina (Karppinen) Rimpela. Paul attended the Chassell Schools until going to help work on the family farm. Mr. Rimpela had worked various jobs such as drive truck for local farmers, working at the box factory, making barrels for shipping fish, Working on Isle Royal for two years, with one season putting out forest fires and working on the Great Lakes for Pittsburg Steamship Company. He then worked for Copper Heating Service in Hancock before starting his own business Paul Rimpela Heating Service which he operated until finally retiring in his early seventies. Paul was a veteran having served with the United States Marines during the Korean War. On February 11, 1956, he was united in marriage to the former Shirly Rajala. Mr. Rimpela was a member of the First Apostolic Lutheran Church of Houghton, he enjoyed time at the family camp, lake trout fishing, spending time with his family and helping fixing things for anyone. Preceding him in death were his wife Shirley, his two infant daughters Tamara and Cynthia, his parents, and his brother Henry. Surviving are: His children: Glenn (Diane) Rimpela of Singer Island, FL Pamela (Robert) Saunders of St. Charles, MI Lisa (Michael) Sladewski of Clarksville, MI Gregg Rimpela of South Lyon, MI His grandchildren: Charlie (Brooke) Rimpela, Amanda (Brad) Lorencz, Brad (Rita) Saunders, Jacob Sladewski, Matthew Sladewski, Yasmine Rimpela, Spencer Rimpela, Zachary Rimpela, and Alexa Rimpela His Great grandchild: Kinsley His In-laws: Bertha Duva of Clarkston, MI Will (Lucille) Rajala of the Houghton Canal Clifford Rajala of Atlantic Mine Numerous nieces and nephews Funeral services for Paul will be held 11 am Tuesday, October 9, 2018, at the First Apostolic Lutheran Church of Houghton with David Taivalkoski to officiate. Burial will be in the Mt. View Cemetery. Friends may call on Monday, October 8, 2018, from 5 to 8:00 pm at the Memorial Chapel Funeral Home of Hancock and on Tuesday, October 9, 2018, from 10 am until time of services at the First Apostolic Lutheran Church of Houghton. To view Pauls obituary or to send condolences to the family please visit www.memorialchapel.net. The Memorial Chapel & Plowe Funeral Homes of Hancock are assisting the family with the arrangements. To send flowers to the family of Paul Rimpela, please visit Tribute Store
To order memorial trees or send flowers to the family in memory of Paul Rimpela, please visit our flower store.