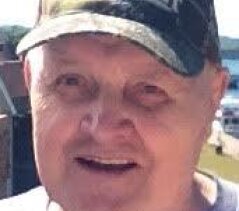 Obituary of Raymond Martin Isakson Chassell Raymond M. Green Bay Ray Isakson, 86, a resident of South Entry Lane in Chassell, MI passed away peacefully,Fridayafternoon on April 7, 2017, at the UP – Health Portage Hospital following a short illness. He was born on December 23, 1930, in Merrill, WI, son of the late Martin and Anna (Gehrke) Isakson. Raymond graduated from the Merrill High School with the class of 1949. He was a gifted high school athlete in boxing and basketball and inducted into the Merrill Sports Hall of Fame. His love of competitive sports continued into his early adult years playing on a fast pitch softball team and dart league. On June 13, 1949, he was united in marriage to the former Patricia Driscoll. The couple resided in the Merrill, WI for several years with their four children until moving to the Detroit area where he worked in the auto industry mainly as a heat treater at the Detroit Diesel - General Motors Plant. Retiring in 1994, after twenty-eight and a half years, he and his wife moved to South Entry Lane in Chassell on the Keweenaw Bay, looking over what Ray referred to as: "His million dollar view". They spent twenty-three years there together cherishing every day of their retirement. Ray was an avid Green Bay Packer fan and proud stock holder. During his retirement, Raymond enjoyed sitting in his favorite chair working Sudoku and crossword puzzles, along with gazing at the morning sunrise's and starry night's over Lake Superior. Ray was a devoted father and looked forward to his family coming to visit during the holiday's, and in the summer months, where they would go walleye fishing and take road trips through the Keweenaw Peninsula. His favorite stop being the top of Brockway Mountain. Preceding him in death is his daughter Christine Firestone, his son Daniel Isakson, his parents, and his brothers, Anton and Melvin Isakson. Surviving is hisloving wife for 67 years Patricia Isakson of South Entry Lane; his son's,Timothy (Julie) Isakson of Schaumburg, IL;James (Dawn) Isakson of Ann Arbor, MI; hisdaughter-in-law, Paula Isakson of South Entry; his grandchildren & great grandchildren, numerous nieces, nephews, and cousins. A memorial service for Ray will be held at11:00 AMSaturday, June 3, 2017, at the Memorial Chapel Funeral Home of Hancock with Alan Sunnto officiate.Friends may call onSaturday June 3rdfrom10 AM until time of service at the Memorial Chapel Funeral Home of Hancock, MI. A luncheon will be held immediately following the service. To view Raymonds obituary or to send condolences to the family please visitwww.memorialchapel.net. To send flowers to the family of Raymond Isakson , please visit Tribute Store
To order memorial trees or send flowers to the family in memory of Raymond Isakson, please visit our flower store.