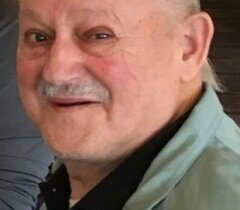 Obituary of Richard John Harry Sr. Atlantic Mine Richard J. Harry, Sr. 83, a resident of Atlantic Mine passed away on Sunday morning June 9, 2019 at the Houghton County Medical Care Facility in Hancock, following a short illness. He was born on April 18, 1936 in Hancock, Michigan, the son of the late Margaret (Corbiel) and Richard Harry. The oldest of 13 children. As a child, Richard lived in Hancock and Hurontown. On November 4, 1958, he was united in marriage to Betty J. Marcotte. The couple resided in Hancock and in 1964 moved to Atlantic Mine to make their home. Richard had been employed at the Calumet-Hecla Mine and as a maintenance worker at the Scott Hotel in Hancock and Jeffers High School in Painesdale. Later in life he often volunteered for the Department of Human Services in Hancock with his wife Betty. Richard enjoyed painting, working with wood, small engines and could fix most anything. Proceeding him in death were his parents, his wife Betty, his daughter Angela, a brother Walter, and sisters Virginia , Phyllis, and June. Surviving are his sons Richard (Tina) Harry, Jr. of Skandia, Anthony (Pam) Harry of Marquette, Christopher (Laura) Harry of Atlantic Mine, Gerald Harry of Hancock and Jeffrey Harry of Skandia. His grandchildren, Kathy Jo, John, Richard (Casey), Melissa, Justin, Anthony Jr. Jessica (Breeanna), Shawn, Christopher (Leah), Danielle, Alan (Nikki), Robert, Michaela and Ashley (Louis), several great and great-great grandchildren, his brothers Daniel, Roger (Sharon) Michael (Sandra), Jerome, Donald (Maryann) and sisters Caroline (Fran), Susan (Jeff) and Patricia (Earl) and numerous nieces, nephews and cousins. Funeral services for Richard will be held at 3:00 PM on Friday, June 14, 2019 at the Memorial Chapel in Hancock with Pastor Peter Vorhes to officiate. Burial will be in the Lakeside cemetery of Hancock. Friends may call on Friday, June 14, 2019 from 1:00 PM until the time of the service. In lieuof other expressions of sympathy the family suggests that memorials be given to the Omega House in memory of Richard Harry Sr. To view Richards obituary or to send condolences to the family, please visit www.memorialchapel.net. The Memorial Chapel & Plowe Funeral Home of Hancock has been assisting the family with the arrangements. To send flowers to the family of Richard Harry Sr., please visit Tribute Store
To order memorial trees or send flowers to the family in memory of Richard Harry Sr., please visit our flower store.