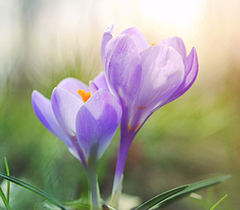 Coburntown
Rita M. Geshel, 81, a resident of Coburntown, passed away Sunday September 18, 2022, at Medilodge of Traverse City, MI, where she had been a resident since this past February.
She was born on March 5, 1941, in Hancock, a daughter of the late Bernard and Agnes (LaFreniere) Lorasch. Rita was raised in Houghton and was a graduate of the Houghton High School with the class of 1959.
On November 14, 1961, she was united in marriage to Eugene Beehler. The couple resided in Lincoln Park before moving to make their home in Houghton. On June 15, 2005, Eugene preceded Rita in death. Rita was a devoted caretaker for Eugene as he battled different health issues. Rita was united in marriage to Francis Geshel on May 5th, 2015 and the couple most recently resided in Coburntown. On July 6, 2022, Francis preceded Rita in death.
Mrs. Geshel was an active member of St. Ignatius Loyola Catholic Church of Houghton. She enjoyed playing cards and bingo, doting on cats and dogs, and visiting with family. She was preceded in death by her brother, Bernard Lorasch and her sister Barbara Pierce. She is survived by brother-in law Alan Pierce of Little Lake, Michigan, nephew Eric (Rachel) Pierce of Avon, Indiana, niece Stephanie (Tim) Pierce of Rapid City, Michigan, nephew Carl (Sarah) Pierce of Appleton, Wisconsin, and great-nieces Alaina, Evie, Hazel and Marlowe.
A Mass of Christian Burial for Rita will be held on October 22, 2022 at 11:00am at St. Ignatius Loyola Catholic Church of Houghton with Fr. John Martignon to officiate. Friends may call during a visitation hour at the church starting at 10:00am. A luncheon will be held following mass, after which a graveside blessing and burial will take place in the Forest Hill Cemetery of Houghton.
To view Rita’s obituary or to send condolences to the family please visit www.memorialchapel.net.
The Memorial Chapel Funeral & Cremation Service – Hancock Chapel is assisting the family with the arrangements.
To order memorial trees or send flowers to the family in memory of Rita Geshel (Lorasch), please visit our flower store.