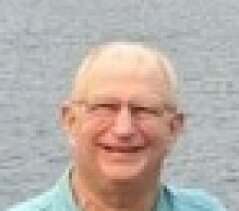 Hancock CanalRobert J. Asiala, 64, a resident of the Hancock Canal, passed away Monday, November 8, 2021, at home with his family by his side.He was born on June 23, 1957, in Hancock, the son of the late Oliver and Margaret (Nordstorm) Asiala. He was raised locally having lived in Hancock and Houghton Canal and graduated from the Houghton High School with the class of 1975. Following graduation, Bob attended Suomi College and then went on to complete his bachelors degree from Northern Michigan University. Bob returned to the area and began his career as an insurance salesman. On December 17, 1983, he was united in marriage to the former Carol Haataja. The couple lived in Hancock where they raised their three children. In 2009, Bob and Carol moved to the Hancock Canal. He was a member of the First Apostolic Lutheran Church in Houghton.Preceding him in death are his parents.He is survived by his wife Carol of Hancock Canal; His children: Michael (Andrea) of Brighton, MI; Carl of Hancock, & Leah of Eden Prairie, MN; His grandchildren: Brianna, Wyatt, and Kallie; His siblings: Pauline (Gerald) Pietila of Houghton Canal, Joseph (Kathleen) of South Range; His mother-in-law and father-in-law: Bruce and Ann Haataja of Traprock Valley; His brothers and sisters-in-law: Charles (Julie) Johnson of Hancock, Loren (Kami) Haataja of Becker, MN, Eric Haataja of Traprock Valley, Jack (Nancy) Larson of Calumet, Phil (Cindy) Haataja of St. Cloud, MN, Mark (Janie) Haataja of Liminga, John (Cyndi) Haataja of Cokato, MN, Jim (Betsy) Rautiola of Liminga, & Sam (Jenny) Stonelake of Traprock Valley; His Aunt, Ina Nordstrom of Hancock; Numerous nieces, nephews, and cousins.Funeral services for Bob will be held at 11am Thursday, November 11, 2021, at the First Apostolic Lutheran Church in Houghton with Pastor David Taivalkoski to officiate. Spring burial will be held in the Mt. View Cemetery in South Range.Friends may call on Wednesday, November 10, 2021, at the First Apostolic Lutheran Church in Houghton from 4-8pm and again on Thursday, from 10am until the time of services at the church. To view Bobs obituary or to send condolences to the family, please visit www.memorialchapel.net.
To order memorial trees or send flowers to the family in memory of Robert Asiala, please visit our flower store.