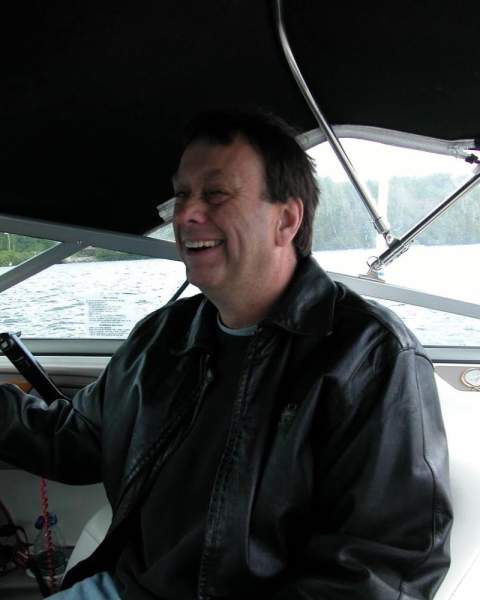 Robert W. "Bobby" Borsum, 66, a former resident of Dollar Bay, passed away at the Trinity Hospital in Minot, ND, Sunday, November 6, 2O22, while residing with his daughter in Minot, ND, following a 30+year battle with MS.

He was born on April 28, 1956, in Adrian, MI, a son of the late Robert D. and Shirley (Olson) Borsum. As a child, he moved with his family to make their home in Dollar Bay. Bobby was a graduate of the Dollar Bay High School with the class of 1974. He excelled in basketball and led the Copper Country in scoring that year and was admired by many for his basketball skills.

In 1983, he was united in marriage to the former Robin Brusso. The couple resided in Dollar Bay, Hancock and Houghton raising their three children. They parted as friends after 21 years together.

Bobby had an adventurous spirit and lived life to its fullest. He was always ready for the next trip. If you went on a short car ride with Bobby, you would probably end up in another state or another country. If you went on a short boating trip with him, you could end up at the Huron Islands, Manitou Island, or his favorite place on earth, Isle Royale, where he loved to take his children. He had an amazing sense of humor.

He was an avid Green Bay Packers, Detroit Tigers, and Milwaukee Bucks fan. He was also an avid concert goer and enjoyed spending time at the family cottage in Bootjack. Bobby loved people and always gave time to have a conversation. People would ask Bobby, “How are you doing?” He would respond, “Okay, but more importantly, how are you doing?”. That was his nature and caring demeanor. He wouldn't let MS slow him down and enjoyed making lasting memories with his friends. He loved his children and was proud of them as they became young adults.

Preceding him in death were his parents and his brother David.

A service for Bobby will be held later this spring with burial in the Forest Hill Cemetery.

To view Bobby's obituary or to send condolences to the family please visit www.memorialchapel.net.

The Memorial Chapel Funeral & Cremation Service Hancock Chapel is assisting the family with the arrangements.

To order memorial trees or send flowers to the family in memory of Robert W. Borsum, please visit our flower store.