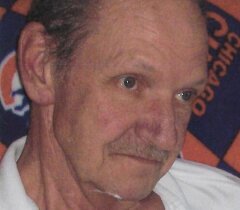 Obituary of Robert Allan Counley Atlantic Mine, Robert A. Counley, 63, a resident of Atlantic Mine passed away Saturday December 5, 2015, at his home following a lengthy illness. He was born on November 7, 1952, in McHenry, IL, a son of the late Wilbur and Frances (Smith) Counley. Bob was a graduate of the McHenry High School and received an Associate degree from Soumi College. Mr. Counley was united in marriage to the former Cheryl Mulari and the couple were able to celebrate 32 years of marriage this past year. They had resided in Wisconsin, California, North Carolina and for the past four years have made their home in Atlantic Mine. Robert was a jack-of-all-trades and was able to work in a variety of jobs such a truck driver, tow truck driver, plumber and race car driver. He also enjoyed staying active hunting, fishing, bowling, golfing and talking on CB Radios. Preceding him in death were his parents, and his two sisters; Sandy and Sharon. Surviving are: His wife: Cheryl Counley of Atlantic Mine His son: Justin (Bonnie) Veker of Atlantic Mine His daughters: Tammy Counley of McHenry, IL Roberta Counley of McHenry, IL His sister: Roberta (Jack) Bradley of Sarasota, FL His brothers: Tom (Marge) Counley of AR Jeff (Rosanne) Counley of McHenry, IL Terry (Fran) Counley of McHenry, IL Dave (Candy) Counley of McHenry, IL Several nieces, nephews, and cousins A memorial service for Robert will be held 2 pm Thursday December 10, 2015, at the Counley home in Atlantic Mine. To view Roberts obituary or to send condolences to the family please visit www.memorialchapel.net. The Memorial Chapel & Plowe Funeral Homes are assisting the family with the arrangements. To send flowers to the family of Robert Counley, please visit Tribute Store
To order memorial trees or send flowers to the family in memory of Robert Counley, please visit our flower store.