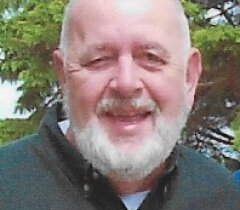 Houghton Canal Robert B. Zimmerman, 76, a resident of the Houghton Canal passed away Thursday, March 12, 2020, at UP Health Portage Hospital following a short illness. He was born on August 3, 1943, in Hancock, MI, a son of the late Peter and Edith (Hart) Zimmerman. Bob was raised in Hancock and attended the St. Josephs Catholic School and graduated from the Hancock High School with the class of 1961. He then attended Michigan Technological University where he received his Mechanical Engineering degree. He then began a career working for Upper Peninsula Power Company retiring after 35 years of service. On July 3, 1965, he was united in marriage to the former Shirley Eilola. Mr. Zimmerman was a devote Catholic and very active with St. Ignatius Loyola Catholic Church of Houghton. He had served on the Parish Council as well as the finance committee and was a Eucharistic Minister. He was a member of the Bishop Baraga Association and a member of the Society of Professional Engineers. He enjoyed reading science fiction novels, was a member of the Planetary Society, following Space program and had a star named after him. He also enjoyed woodworking projects and being a handyman around the home. Preceding him in death were his parents, his brother John, his brother and sister-in-law, Peter & Kathleen and his aunt Emma Hart. Surviving are: His wife: Shirley Zimmerman of the Houghton Canal His daughters: Barbara Zimmerman of Eau Claire, WI Margaret (James) Lahti of Altoona, WI His granddaughters: Megan Martin, Hannah Lahti and Nora Lahti His great-granddaughter: Charlotte Martin Several nieces, nephews and cousins A Mass of Christian Burial will be held 11:00 am Tuesday, March 17, 2020, at St. Ignatius Loyola Catholic Church of Houghton with Fr. John Martignon to celebrate. Spring burial will be in the Lakeside Cemetery of Hancock. Friends may call on Tuesday, March 17, 2020, from 9:30 am until 10:45 am at St. Ignatius Loyola Catholic Church of Houghton. In lieu of other expressions of sympathy the family suggests that memorials be given to the St. Ignatius Loyola Catholic Church Faith Formation Center building project. To view Roberts obituary or to send condolences to the family please visit www.memorialchapel.net. The Memorial Chapel & Plowe Funeral Homes of Hancock are assisting the family with the arrangements.
To order memorial trees or send flowers to the family in memory of Robert Zimmerman, please visit our flower store.