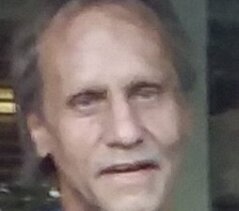 He was born on August 2, 1964, in Hancock, The first son of the late Frederick and Carol (Korpinen) Zenner. Scott had resided in Hurontown and attended the Houghton Schools.

Scott had a variety of jobs throughout his early years. He worked for Herman Gundlach Contracting for a time also. He was with the company during the construction of the Victoria Dam. He then began a life-long career as a self-employed Flooring Installer, working for various contractors in the area. He surely was a master of his trade and was known as a very hard worker. A jack of all trades but master of none. He could fix anything and he would make something out of nothing. He was very creative and talented and had many skills. He was always helpful and ready with ideas to make something work better. Always there with a helping hand. Scott was the inventor of a handy multi-use tool, called 'The Hand Dozer' that could be used for many things, including flooring removal and use in the construction field.

Scott enjoyed copper, rock and mineral hunting. He collected many antiques and tools. He liked to create trinkets, that he would make out of the metals he would find. Creating interesting characters from his findings. They were all his treasures. He had a great sense of humor and was always found talking to someone wherever he went, he had friends everywhere. He was full of knowledge on many things and was interesting to talk to. Scott loved his rock-n-roll music and the music will always be a reminder of the good times he spent with us.

Scott was called "Gruncle" by the kids, because he was some of the kids' grandfather, and the other kids' uncle. Scott loved treating his nieces and grandkids to trips to the gas station for treats. He spent a lot of time with the kids and was really special to them all. Memories of Scott will be cherished, everyone that was in his life has a story of him to hold dear, he was special to all of us. He will be greatly missed.

A private graveside service for Scott will be held at the Forest Hill Cemetery of Houghton. A Celebration of Life Service will be held at a later date, in the near future.

To view Scott’s obituary or to send condolences to the family please visit www.memorialchapel.net.

The Memorial Chapel Funeral & Cremation Service Hancock Chapel is assisting the family with the arrangements.
To order memorial trees or send flowers to the family in memory of Scott Zenner, please visit our flower store.