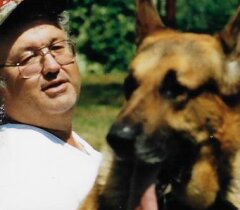 Obituary of Steve Ruotsala Chassell Steve Ruotsala, 65, a resident of Chassell passed away Monday evening June 22, 2015, at the UP Health – Marquette Hospital following a short illness. He was born on November 7, 1949, in Flat Rock, MI, a son of the late Robert and Hilja (Pelto) Ruotsala. As a child, he moved to Hancock where he graduated from the Hancock High School with the class of 1968. Mr. Ruotsala was a veteran having served with the United States Air Force. He then attended school in Chicago to become an electrical technician. Steve had worked locally for the Daily Mining Gazette, Head Start, and as a mechanic. He then worked for Michigan Technological University first helping with the labs, before retiring as a building mechanic in 2010. Steve was a member of Bay VFW Post #6028, of Dollar Bay. He also enjoyed listening to music, following the Lions, Tigers and spending time visiting with family and friends. Also preceding him in death were his brothers Tom and James and his step-father Bill Murto. Surviving are: His wife: Sherry Ruotsala of Chassell And their family of pets His brother: Gerald (Jeanine) Ruotsala of Petaluma, CA His in-laws:Judy Ruotsala of North Grosse Pointe Shores Kim (Terry) Bjorndahl of Colorado Springs, CO Mike (Michelle) Sabo of Boston, MA Joe Supanich of Hancock His nieces and nephews: James (Angela) Ruotsala of Ada, MI John Ruotsala of Hancock Jason (Joan) Ruotsala of Chassell Jared Ruotsala of Chassell Justin (Christy) Ruotsala of Chassell Chuck (Vera) Ruotsala of Petaluma, CA Tera (Michael) Fead Los Angeles, CA Numerous grand nieces, grand nephews and many friends A time to remember Steve will be held 1 pm Friday June 26, 2015, at the family pond, where military honors will be conducted by the Copper Country Veterans Association. To view Steves obituary or to send condolences to the family please visit www.memorialchapel.net. The Memorial Chapel & Plowe Funeral Homes are assisting the family with the arrangements. To send flowers to the family of Steve Ruotsala, please visit Tribute Store
To order memorial trees or send flowers to the family in memory of Steve Ruotsala, please visit our flower store.