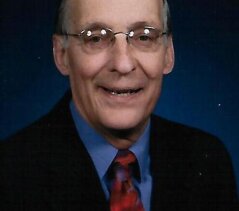 Obituary of Dr. Theodore Alan Grzelak Dollar Bay Dr. Theodore Alan Grzelak, 78 a resident of Dollar Bay, passed away on November 13, 2016, at St. Marys Hospital in Grand Rapids, MI, following a lengthy illness. Ted was born June 15, 1938, in Detroit, MI, the son of Bernard and Charlotte (Albert) Grzelak, and graduated from Detroit Pershing High School in 1956. He earned a Bachelor of Science Degree in Electrical Engineering from the Michigan College of Mining and Technology, now Michigan Technological University, in 1960, and a Masters of Science Degree in Electrical Engineering and a Doctor of Philosophy Degree with a major in Electrical Engineering from The University of Wisconsin-Madison, in 1962 and 1965, respectively. While at Michigan Tech, he joined the Phi Kappa Tau Fraternity. He was married to the former Mildred J. Savalox on August 29, 1959, in Southfield, MI. They most-recently celebrated their 57th year of joyful marriage together. In 1965, Ted accepted a position with Cornell Aeronautical Laboratory, near Buffalo, New York. The heavy local pollution at that time convinced him to accept a position in the Department of Electrical and Computer Engineering at Michigan Technological University, starting in September 1966, where Ted spent most of his professional career. He took a one-year leave-of-absence in 1973-74 to undertake a project for Northern States Power Company in Minneapolis, MN. He retired in July 2000 with the title Professor Emeritus. He also practiced as a Registered Professional Engineer in Michigan for Many years and was a life senior member of the Institute of Electrical and Electronics Engineers. Ted was interested in many outdoor activities. He enjoyed Skiing, fishing, sailing and dancing. He became a coach for the Copper Country Junior Hockey Association for several years, after two coaches vanished for deer season and never returned to the team. He was an active member of the former Copper Country Ski Club (alpine) and an official of the Central Division of the United States Ski Association. For several years, he coached Dollar Bays Little League baseball teams, first Little League and then Senior Little League. He was a long-time member of Gloria Dei Lutheran Church in Hancock, MI. At various times, he served as an usher, Monday counter, Church Council Member, Finance Committee member, and sang regularly in the Church choir for almost 40 years. He was a member of the South Range Eagles, and he and Mildred enjoyed dancing there on Sunday evenings. Preceding him in death were his brother Ronald and his parents. Surviving are: his wife, Mildred J. Grzelak; sons Keith (Carol) Grzelak of Spokane, WA, Kevin (Lynn) Grzelak of Ada Township, MI, and Ted (Michelle) Grezlak of Marquette Township, MI; sister Norma Rowland of Washington Township, MI and grandchildren Lauren, Rachel, Mikaela, Jenna, Holly, Katie, Aaron and Anna Grzelak. Funeral Services for Ted will be held 11 am Friday November 18, 2016, at the Gloria Dei Lutheran Church of Hancock with Rev. DJ Rasner to officiate. Burial will be in the Forest Hill Cemetery of Houghton. Friends may call on Thursday evening November 17, 2016, from 5:00 to 8:00 pm at the Memorial Chapel Funeral Home of Hancock and on Friday from 10:00 am until time of services at the Gloria Dei Lutheran Church of Hancock. In lieu of other expressions of sympathy the family suggests the donations in Teds name be made to Gloria Dei Lutheran Church, in Hancock, or to the Salvation Army in Hancock. To view Teds obituary or to send condolences to the family please visit www.memorialchapel.net. The Memorial Chapel & Plowe Funeral Home of Hancock have been assisting the family with the arrangements. To send flowers to the family of Dr. Theodore Grzelak, please visit Tribute Store
To order memorial trees or send flowers to the family in memory of Theodore "Ted" Grzelak, please visit our flower store.