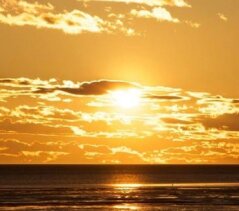 Houghton Thomas J. Heltunen, 80, a resident of Houghton, passed away Tuesday, September 29, 2020 at UP Health System Portage in Hancock following a short illness. He was born on March 22, 1940, in Highland Park, Michigan to the late John and Ida (Naasko) Heltunen. He grew up in Aura, MI and attended LAnse area schools. He graduated from downstate Redford High School with the class of 1958. Tom enlisted with the United States Army in 1962 and honorably served until 1964. On August 28, 1965, he was united in marriage to the former Lois Abramson. He was employed at Ford Motor Company and after moving to the Copper Country in 1971, Tom worked in the building trades, retiring from his career with the Sheet Metal Workers Local #7 in 2001. Tom was a lifelong member of the First Apostolic Lutheran Church. Besides his parents, he was preceded in death by his in-laws Elvie and Helmer Abramson, a sister-in-law, Ruth Ann (Abramson) and her husband Charles Kauppi, a stillborn grandson Tristan Torola as well as aunts, uncles and cousins. He is survived by his wife Lois Heltunen of Houghton His Children: Jennifer (Tim) Van Pamel of Kenosha, WI and their children; Stefan (Emily) with son Wyatt, of Port Washington, WI, and Taylor, Ethan and Natalie all of Kenosha. Mark (Renee) Heltunen of Atlantic Mine and their children; Elaina, Evan, Kaitlyn and Cullen. Rebecca (Peter) Torola of Chassell and their children; Gabe, Shannon, Grace, Diana, Dane, Kaarina, Chelsea and Sophie. His Siblings: Esther (Joseph) Sturos of Tapiola Paulette (Paul) Pelli of Middleville, MI Peter (Cathy) Heltunen of Mt. Iron, MN Eva (John) Niemela of Deer Park, WA He is also survived by his aunts, Anna Severance and Phyllis (Bob) Rogers and an uncle, Calvin Naasko as well as numerous nieces, nephews and cousins. A memorial service for Thomas will be held 11 am Monday May 24, 2021, at the First Apostolic Lutheran Church of Houghton with David Taivalkoski to officiate. Burial will be in the Lakeside Cemetery of Hancock. To view this obituary or to send condolences to the family, please visit www.memorialchapel.net. The Memorial Chapel & Plowe Funeral Home of Hancock is assisting the family with arrangements.
To order memorial trees or send flowers to the family in memory of Thomas Heltunen, please visit our flower store.