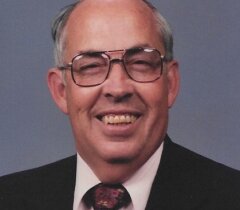 Houghton Thomas E. VanMarter, 84, a resident of Houghton, passed away Monday, August 24, 2020 at Canal View – Houghton County following a short illness. Tom was born on February 26, 1936, in Burbank, CA to the late Edson and Gladys (Coughlin) VanMarter. He grew up in Burbank and was a graduate of John Burroughs High School with the Class of 1954. On July 15, 1972, he was united in marriage to the former Mavis Johnson. Tom began a 35-year career as a service director at Forest Lawn Cemetery in Hollywood Hills retiring in 2001. He then worked for two funeral homes and Ralphs Grocery before moving to Houghton in 2013 where he worked for Econo Foods until this past April. He was a former member Valley Baptist Church in California where he served as a custodian and sound technician for many years. Locally, Tom was a member of Bethany Baptist Church in Dollar Bay where he also served as their sound technician. He enjoyed computer work, southern gospel music and was a fan of the New York Yankees. Besides his parents, Tom was preceded in death by a son, Steven. He is survived by his loving wife, Mavis of Houghton His brother-in-law: Richard (Sally) Johnson of Atlantic Mine His sister-in-law: Carole Shaw of Maui, Hawaii Several nieces and nephews Funeral services for Tom will be held 11 am Thursday, August 27, 2020, at the Memorial Chapel Funeral Home in Hancock with Pastor Brian Knight to officiate. Burial will be held at a later date in the Forest Lawn Cemetery in Hollywood Hills, CA. Friends may call on Thursday, August 27, 2020, from 10 am until the time of services at the funeral home. In lieu of flowers, the family asks that memorial contributions be directed to Bethany Baptist Church in Dollar Bay or the Copper Country Humane Society in Houghton. To view Toms obituary or to send condolences to the family, please visit www.memorialchapel.net The Memorial Chapel & Plowe Funeral Home of Hancock is assisting the family with the arrangements.
To order memorial trees or send flowers to the family in memory of Thomas VanMarter, please visit our flower store.