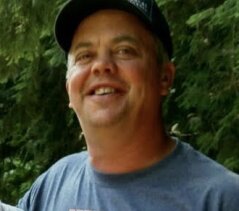 Liminga Timothy A. Puuri, 54, a resident of Liminga, passed away Friday, July 23, 2021, at his home surrounded by his family following a short illness. He was born on April 30, 1967, in Hancock a son of Marie (OConner) Blakeman and the late Robert Puuri. Tim was raised in Liminga attended the EB Holman School and was a graduate of Houghton High School with the class of 1985. Tim worked as an Automotive Tech, in the woods for 22 years for various loggers and currently was a diesel mechanic for Great Lakes Mineral Works. On July 20, 1991, he was united in marriage to the former Shelly Fountaine and the couple recently celebrated 30 years together. Mr. Puuri was a proud member of the Stanton Township Volunteer Fire Department for 20 years where he currently served as Captain of Equipment. He also enjoyed driving the Zamboni at the Houghton County Arena for many years. Family was always a big part of Tims life. He helped coach his childrens softball and baseball teams and enjoyed their Sundays together. Preceding him in death were his daughter Amanda Sylvia Puuri, his father Robert Puuri, and his brothers: Mike & Dennis; his in-laws: Earl and Elverna Fountaine, his brothers-in-law: Dale Niemi, and Earl Fountaine Jr. and his sister-in-law: Linda Lawless Surviving are:His wife: Shelly Puuri; His children: Kyllee Puuri & Jay Makela, Angelina Makela, Ryan Puuri, Trevor Puuri; His mother and stepfather: Marie (Dallas) Blakeman; His siblings: Judy Niemi, Jeanne (Bryan) Riutta, Jerry (Kathy) Puuri, Kris Wales, Sam (Ami) Puuri; His Brothers & sisters-in-law:Jerry (Pam) FountaineRon (Lynda) FountaineEd (Deb) Fountaine, & Debbie Fountaine; Numerous nieces, nephews and cousins; His special friends: Todd (Lisa) Markham& Jerry (Lynette) Campbell A memorial service for Tim will be held 1:00 pm Tuesday, July 27, 2021, at the Stanton Fire Hall followed by a time to remember and share stories about Tim. To view Tims obituary or to send condolences to the family please visitwww.memorialchapel.net. The Memorial Chapel & Plowe Funeral Homes of Hancock is assisting the family with the arrangements.
To order memorial trees or send flowers to the family in memory of Timothy Puuri, please visit our flower store.