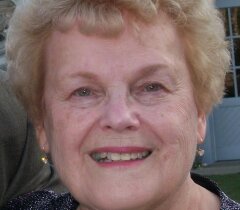 Obituary of Virginia S. Lindrus Ontonagon,Virginia S. (Norman) Lindrus, 80, a resident of Ontonagon, passed away unexpectedly Sunday September 25, 2016, at home.She was born on October 2, 1935, in Pelkie. The eldest daughter of the late Aale and Thelma (Haka) Maki. As a child, Virginia attended grade school in Mass City and later graduated from Baraga High School with the Class of 1953. Following graduation, Virginia worked in Houghton for Attorney H.C. Schulte.On September 10, 1955, Virginia was united in marriage to Norman Lindrus. During their first year of marriage, the couple resided in Ontonagon and later moved to Mass City where Norman was employed. In 1960, they returned to Ontonagon which became their permanent home. For a brief time, Virginia worked at White Pine Copper Co. and later turned her focus to raising their 3 daughters. In 1966, Norman purchased the Courtesy Chevrolet dealership and Virginia became the business manager. For the next 30 years, she helped her husband operate Courtesy until their retirement. Virginia won awards for her accounting skills and was recognized for her meticulous attention to detail. Norman and Virginia developed many close friendships with their customers throughout the years. Virginia was an active member of Redeemer Free Lutheran Church of Ontonagon where she dedicated much of her time to church activities which she loved to do. During retirement, she enjoyed wintering in Arizona with Norm, traveling, spending time at their Twin Lakes cottage, working crossword puzzles and most importantly spending time with her family. Over the last several years, Virginia has been the loving caregiver of her husband, Norm who suffers from Parkinsons Disease. She cared for him at home until January of this year. Since then, Virginia faithfully spent her days with him at the Long Term Care Facility.Preceding Virginia in death were her parents and two infant sisters, Elvera and Patricia. Surviving are her husband, Norman Lindrus, her daughters, Patti (Mike) Drew of Ontonagon, Julie (Jerry) Domitrovich of Ontonagon, and Michelle (Greg) Libesch of Hartland, WI, her grandchildren, Josh (Anna) Drew, Jennifer (Jeremy) Raymond, Matt (Gina) Domitrovich, Katelin Domitrovich, Carmen and Nick Libesch, eight great grandchildren, her sister, Jean (Jim) Conway of Aurora, CO, her brother, Allen Maki of Ft. Lupton, CO, numerous nieces, nephews and cousins as well as Norms family and a dear friend, Sharon Johns who she was very close to.A funeral service for Virginia will be held at 1:00 PM Saturday October 8, 2016, at Redeemer Free Lutheran Church of Ontonagon with Reverend Brad Putnam officiating. Burial will be in the Riverside Cemetery of Ontonagon. Friends may call on Saturday October 8, 2016, from 11 am until time of services at Redeemer Free Lutheran Church of Ontonagon.In lieu of other expressions of sympathy, the family suggests memorials be given to the Activities Department of the Aspirus Long Term Care Unit or St. Vincent de Paul of Ontonagon in memory of Virginia Lindrus.To view Virginias obituary or to send condolences to the family please visit www.memorialchapel,net The Memorial Chapel & Plowe Funeral Home of Chassell has been assisting the family with the arrangements. To send flowers to the family of Virginia Lindrus, please visit Tribute Store
To order memorial trees or send flowers to the family in memory of Virginia Lindrus, please visit our flower store.