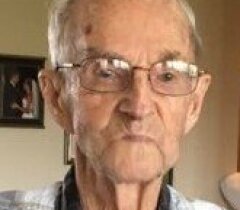 Obituary of Wesley George Lampinen Houghton Wesley G. Lampinen, 88, a resident of the Arbor Green Apartments in Houghton passed away Tuesday afternoon September 19, 2017, at the Light House of Hubbell where he was a patient.He was born on July 12, 1929, in Onnela, Michigan; a son of the late Arthur and Hilma (Jampsa) Lampinen. As a child, he attended the Onnela and Redridge Schools.Wes then took over the family farm in Onnela. On April 20, 1957, he married the love of his life, Verna Eilola.Over the years, various job opportunities led the couple to raise their children in Massachusetts, Florida, and South Carolina.In addition to farming, Mr. Lampinen worked an interesting variety of jobs. In Massachusetts, he was truck driver and maintenance manager for Seppala & Aho Corporation.He also had his own business on the side doing welding at home. He was an innovative man, and at one time secured a patent on welded chain, and sold various styles of chain shelving and racks, playground equipment and chain furniture, and even sauna stoves. He produced the orders from a mini production plant in his own garage where he fulfilled orders from many individuals and Sears Stores. Wesley's welding creativity led him to build a complete playground for his children in his own backyard, which became a neighborhood park, and since then has been a fond memory for his ten children and many friends.In Florida, he owned and operated his own landscape business, and in South Carolina, he had another business making mailboxes for home builders. Wesley enjoyed the first part of his retirement in Florida, before moving back to Houghton, Michigan. Wesley was a member of the Apostolic Lutheran Church. He was a friendly and comical man who made many friends. He loved to visit with people. He also enjoyed playing shuffleboard, woodworking in his garage, and collecting various antiques such as toy trucks, tractors and license plates. Preceding him in death are his daughter Jeannette Lampinen, his granddaughter Michelle Lampinen, his parents, his brothers, and sisters: Irene Ovist, Wilbert Lampinen, Ormond Lampinen, Florence Westerholm, Robert Lampinen, Mabel Singer, Walter Lampinen and Leona Allread.Surviving are:His wife: Verna Lampinen of HoughtonHis children:Cindy (Clyde) VaillancourtDouglas (Connie)LampinenMary Palosaari Larry (Lori) LampinenSueAnn (Kim) MickelsonSteven LampinenJohn LampinenJames LampinenSharon (Lance) MatsonKaren Aho34 grandchildren and 13 great-grandchildrenHis brothers and sister:Earl Lampinen, Bernard Lampinen, Millie LampinenNumerous nieces, nephews, cousins and many friendsFuneral services for Wesley will be held 1 pm Saturday, September 23, 2017, at the Zion Lutheran Church of Hancock with Rev. Jesse Aho to officiate. Burial will be in the Lakeside Cemetery of Hancock.Friends may call on Saturday, September 23, 2017, from 11 am until time of service at the Zion Lutheran Church of Hancock. To view Wesley's obituary or to send condolences to the family please visit www.memorialchapel.net.The Memorial Chapel & Plowe Funeral Homes of Hancock have been assisting the family with the arrangements.Service Information To send flowers to the family of Wesley Lampinen, please visit Tribute Store
To order memorial trees or send flowers to the family in memory of Wesley Lampinen, please visit our flower store.